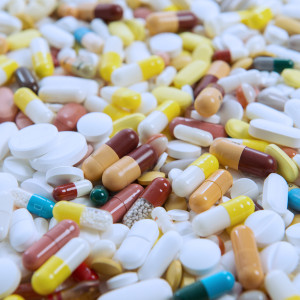 Drug Safety and Security Is Life and Death

It’s easy to take safe, reliable medicines for granted. Picking up drugs from the pharmacy, I hardly give a second thought about their safety and efficacy.

But the lull of normalcy masks very real threats to a relatively well-functioning system, including counterfeiting, fraud and powerful narcotics in the wrong hands.

Politicians that look for wedge issues promise the world about cheap drugs. But while costs are important, we shouldn’t circumvent the safeguards that keep our medicines safe and reliable.

Take proposals for the United States to buy its drugs from foreign countries, for example. Politicians like the fact that it would effectively bring the price controls from those countries here. But they are loath to talk about the real peril it may create.

Law enforcement officials are wary of opening the floodgates to foreign drugs. Smugglers may cloak their activities under the disguise of pharmaceutical drug shipments and therefore make it significantly more difficult to enforce laws against illegal drugs.

Similarly, legal, but highly restricted drugs, such as fentanyl will be harder to track. Fentanyl is an extremely potent opioid, lethal in even small doses and readily absorbed through the skin. Criminals have used fentanyl to spike drug cocktails, leading to a large number of overdose deaths. Last March, 32 people in Phoenix died in a short burst of overdoses that was linked to fentanyl.

“The proposals also make it easier for drug cartels, which are not likely to forgo the opportunity to expand their business at the expense of the nation’s health and safety, to distribute counterfeit drugs throughout the United States,” former FBI Director Louis Freeh recently wrote.

Second, drug importation will drive a surge in counterfeit drugs, a problem experts say has been increasing dramatically in recent years, especially outside the United States.

Authorities recently arrested a counterfeiting ring in Canada that had operated numerous online drug stores with millions of dollars in revenue.

Shockingly, these criminals sold placebo pills to cancer patients and went undetected for years. While drug counterfeiting was once primarily limited to so-called lifestyle medicines, a new breed of criminals, often including terrorist groups, fund their violence with fraud and are careless about the damage they cause.

Canadian officials agree that they could not hope to keep up with a U.S.-required enforcement burden in the event the United States opens its drug markets to Canadian imports.

Under such plans, “Canada would simply serve as an intermediate trans-shipment point for unapproved drugs heading to the United States,” Leona Aglukkaq, the former Canadian minister of health, recently wrote in the Washington Post.

Enforcement would be even worse for other countries with far more limited enforcement capabilities, like Mexico or China. Despite this problem, leading proponents of drug “re-importation” have proposed opening U.S. markets to those countries, too.

We all want cheaper drugs. But when you evaluate the costs of re-importation, suddenly the politicians’ plans don’t sound like such a great deal.

Since Americans enjoy the world’s most advanced prescription-drug market, it’s easy to take safe, reliable medicines for granted. But that could quickly change for the worse. The risks are life-and-death. Let’s ensure that we don’t ruin our prescription drug system before we have a chance to improve it.

Eric O’Neill is a former FBI counterintelligence operative and a cyber security consultant at The Georgetown Group.