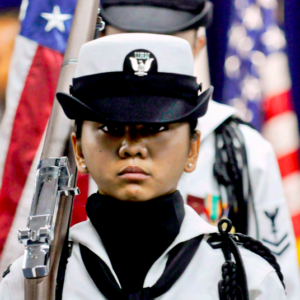 During Virus Threat, U.S. Military Mostly Out of Action

NORFOLK, Virginia — America’s mightiest warships, including the carrier John C. Stennis, line up gray and forbidding here at the world’s largest naval base at the mouth of the Chesapeake Bay. A few gate-keepers, security people, stand guard on the piers, but otherwise almost no one is visible.

It’s that way at 20 U.S. bases in this corner of Virginia, headquarters of the U.S. Atlantic fleet and home of Air Force, Army and Marine facilities where ordinarily close to 100,000 U.S. troops are on duty, rotating in and out on missions around the world, training, alert and ready for anything.

These days the entire U.S. military is standing down, waiting like everyone else — from students to shopkeepers to factory and office workers — for COVID-19 either to blow away or for scientists and medical people to come up with the magic bullet that will make it curable or at least harmless.

You wonder, as you look at all the ships crowding the berths at the naval station, at planes lined up on nearby Air Force and Navy air bases, at Marine bases unmanned except for “essential personnel,” what the virus is doing not only for America’s defenses but also for defense of allies around the world, from Europe to the Middle East and Asia, including Korea.

The responses from military people you encounter in Norfolk, Virginia Beach and Newport News — all part of the Hampton Roads military community — is they’re ready to return to duty whenever summoned, that they’re told to stay away only for a week or two and all will soon be “normal.”

Meanwhile, like university students and school kids, they’re free to take it easy, stay in off-base homes or in barracks on-base, do unsupervised exercises, watch TV and enjoy days off quite aside from regular leave time.

If U.S. military forces are the best in the world, as military people claim, they’re out of action in this critical enclave of military power, in hiding or retreat, a feat that no visible enemy would be able to achieve.

You have to ask, what would these forces do in a shooting war, what effect would the virus have on military capabilities, how quickly could they respond knowing the disease could break out any time in the close quarters of a ship or on the ground, fighting against real enemies.

“We’d just follow orders,” a young Marine responded. “They can text us any time and tell us to report.” In the meantime, he and the others in his unit spend their days resting, relaxing and going to the gym for daily workouts on their own time, unsupervised, away from the stern gaze of officers and sergeants.

One thing these out-of-work Marines, sailors, airmen and soldiers cannot do in this time of watchful waiting, of indecision and uncertainty, is carouse at nearby bars or even dine out at any of hundreds of eateries offering cuisine from around the world, from far-off places where the millions of military people who’ve been through here for generations have served.

These days, restaurants, bars and nightclubs are either closed or offering stuff for grab-and-go only. Stores and shops have cut their hours, opening late and closing early, and streets normally vibrant with traffic are largely deserted.

No one has a definitive answer for how U.S. forces are meeting basic obligations. No one seems to know when the carrier John C. Stennis and other vessels lurking nearby will be leaving port or what will happen next in the war against an unseen enemy, but one Navy ship at the Norfolk base does have a clear mission.

That’s the hospital ship Comfort, a vision of gleaming white paint, decorated with huge splashes of red crosses, berthed in the same row with all the warships.

The Comfort, you’re told, is getting ready to treat civilians as well as military people, maybe not those suffering from the coronavirus but others for whom there’s no room in hospitals overflowing with COVID-19 cases.

On Saturday, the Comfort left for New York harbor, with President Trump here to bid the good ship bon voyage. A converted super-tanker, with 1,000 beds and hundreds of doctors, nurses and technicians on board, the ship has facilities for just about anything, including major operations.

Its sister ship, the Mercy, has already left the naval base at San Diego, the biggest base on the U.S. west coast, for duty at Los Angeles.

It’s good to know one Navy vessel at Norfolk is serving a real purpose in the midst of a strange disease that strikes without warning, arbitrarily, regardless of all precautions.

As for all the other forces in this bastion of U.S military might, you wonder when thousands of sailors, soldiers, airmen and Marines will be ordered to return to duty, risking a disease potentially more deadly than America’s enemies.