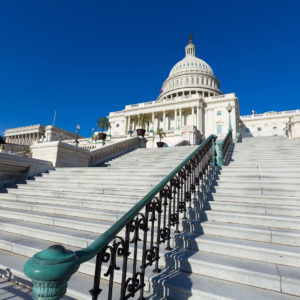 Would Earmarks Restore Purpose to Being in Congress?

The fact is rank-and-file members of both institutions have little role in government.

In Britain, it has always been accepted that members of Parliament vote with their parties except when there are rare free votes on issues where there is conscience but no policy — for example the vote to abandon the death penalty in 1969, which was a free vote with members voting their consciences.

The sense of the impotence that the British system engenders in ordinary backbenchers was well explained in the autobiography of Matthew Parris, a former Conservative member of Parliament who served in the House of Commons when Margaret Thatcher was prime minister. He concluded that he could do much more for Britain out of Parliament and abandoned it to become one of the nation’s most successful political writers and broadcasters. He says of his time in Parliament, “To be an MP is to feed your ego and starve your self-respect.”

Do members of Congress, particularly in the House, feel as frustrated? Many have told me so.

Richard Arenberg, who worked for Democrats on Capitol Hill for 34 years and now teaches at Brown University, told me, “There is not much point in being a member of the House if you are in minority.”

Members of that chamber, particularly in opposition, have insignificant effect on the governance for which they came to Washington to carry out. The outcome on most issues is predetermined by the leadership of the majority.

The U.S. system is tolerant of those who defy the party in a way the British system is not, but we have moved, since the Gingrich Revolution of 1994, to a practice that is closer to parliamentary than it ever has been. We, the leadership decides, you vote.

Members do not control what comes to the floor and are expected to vote with their parties most of the time. They are the proverbial potted plants, revered socially and stunted professionally. They can shine in committee work, but they do not affect the outcome in legislation.

In this system, with the rigidity that has evolved, Congress is not the place to be if you are member without a leadership role.

Therefore, it is no surprise that bipartisanship is so hard to come by these days and compromise has been largely abandoned as a part of the work on Capitol Hill.

Craig Shirley, a noted biographer of Ronald Reagan, points out that compromise was possible when there were liberal New England Republicans and conservative Southern Democrats. That overlap, he says, is gone and with it, possibility for compromise.

What is to be done? One answer, suggested by President Trump, hinted by House Speaker Paul Ryan and floated around Washington in the think tanks, is to bring back earmarks so that members of Congress can fight for projects for their districts, trade support and have a greater sense of purpose.

Although earmarks, as they became more profligate, got a bad name (the “Bridge to Nowhere” in Alaska) and were denounced by the fledgling tea party as congressional sin incarnate, they gave purpose to members — something to bring home.

At a recent meeting of the American Enterprise Institute, Jason Grumet, founder and president of the Bipartisan Policy Center, said, “What do we have to lose? The current congressional process is broken.”

My guess is that it will happen, if the tea party Republicans can be mollified, and it will be an enhancement of Congress, not a diminishment.

You see, there is a bridge I would really like to see built close to where I live, so I can get to the beach faster in summer.