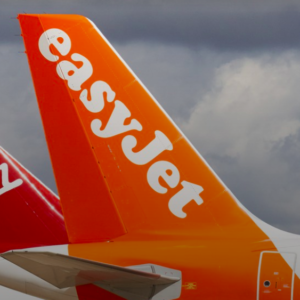 How many trees do you need to plant to offset the carbon footprint of a single non-stop flight from London to Berlin?

EasyJet — Britain’s budget airline — probably should have done this math before it made the announcement recently that it intends to be carbon neutral from “today onwards” by planting trees, which absorb or “sequester” carbon dioxide.

This will be a tall order.

Which equals  … a whole lot of carbon dioxide per day.

Now times that by 365 — the number of days in a year. How many trees will it take to “offset” all that?

Well, a single mature hardwood tree absorbs about 48 pounds of  carbon dioxide per year. In other words, one mature tree — not a sapling — can “offset” or “sequester” a single mile’s worth of carbon dioxide airplane emissions  … over the course of 365 days.

How many trees — plural — would it take to efface a single day’s EasyJet carbon-dioxide “footrpint”?

And many more years — as trees don’t grow overnight.

If a single mature hardwood takes a year to pull 48 pounds of carbon dioxide out of the air, that means it takes in a bit less than 1 pound of carbon dioxide per week. Per day, it’s not even in the whole numbers.

For a mature tree.

Even if the entire United Kingdom were forested over, it probably wouldn’t be enough to compensate for every ton of carbon dioxide emitted from fuel used for flights, the declared object of this exercise.

Which is also going to be an expensive exercise. EasyJet said it expects to “invest” $32.4 million next year alone in all this tree-planting and offsetting. Expect to see the price of an EasyJet plane ticket go up, accordingly.

“We recognize that ‘offsetting’ is only an interim measure,” says EasyJet CEO Johan Lundgren.

The next measure he has in mind — electric airplanes — won’t require the planting of any trees to offset their carbon footprint  …  assuming the electricity used to power their electric motors is made by windmills, or maybe solar panels glued to the airplane’s fuselage.

It is hoped that for passengers, these flying Teslas won’t run out of range at 35,000 feet.

Maybe the electricity used to keep them in the air will be generated by nuclear power plants, which don’t produce carbon dioxide. But they do “emit” a great deal of water vapor from their cooling towers, and water vapor is an even more potent greenhouse gas than carbon dioxide.

Of course, both of these greenhouse gases are produced in much greater abundance by the Earth — as opposed to mankind — and mankind’s petty contributions, whether by air or by car, have been pathologized into an imminent crisis without basis.

But with many metric tons of manufactured guilt.

Greta Thunberg — the child victim of climate crisis hysteria — has taken to “flight shaming” people who travel by air. Which includes herself, without the shaming.