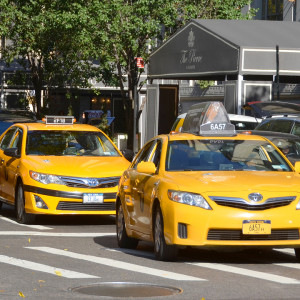 An Economics for Evolution

As we enter into the sixth year of sub-par economic performance in the developed world, coupled with increasing talk of “secular stagnation” (an admission from conventional economics that its growth recipes are lacking), it’s time to consider that perhaps we are in need of a new approach to economics and economic policy. Indeed, while the two dominant schools of U.S. economic thought – neo-Keynesian and neoclassical – capture important aspects of economic reality, they are incomplete because they give only limited attention to the issue at the heart of economic life: economic evolution. For both schools, economies undergo little change, other than growing or contracting or moving to or away from price equilibrium or full employment. To be sure, adherents of both doctrines see the benefits of technological progress and see it as useful, but it is not at the core of their models. Because these doctrines emphasize the “economy as machine,” policymakers have developed a mechanical view of policy; if they pull a lever (e.g., implement a regulation, program, or tax policy), they will get an expected result. Today the positive results from this strategy are lacking, to say the least.

In fact, economies are better understood as evolving ecosystems. The U.S. economy of 2015 is different, not just larger, than the economy of 2014. On any given day this year, approximately 620 patents will be issued, 434 new products put on the market, and 439 new production processes adopted. Firms in some industries will get bigger (the average number of employees in non-store retailers – the Amazon.coms – increased 0.03 percent a day in 2013), while others will get smaller. Industries will expand and contract at significantly different rates and firms will die and be born. Every day about 3,800 firms will close their doors for the last time and another 4,000 will celebrate their launch.

As a result, a more accurate model of advanced economies – and one that if followed would lead to a very different national economic agenda – is an evolutionary one, grounded in the work of mid-20th century economist Joseph Schumpeter. In this view, economies are “organisms” that are constantly developing new industries, technologies, organizations, occupations, and capabilities while at the same time shedding older ones that new technologies and other evolutionary changes make redundant (e.g., proverbial “buggy whip” industries). This rate of evolutionary change differs over time and space, depending on a variety of factors, including technological advancement, entrepreneurial effort, domestic policies, and the international competitive environment.

Understanding that we are dealing with an evolutionary rather than static economy has significant implications for the conceptualization of both economics and economic policy. Enabling robust rates of evolution requires much more than the standard menu of prevailing schools’ favored options: limiting government (for conservative neo-classicalists), protecting worker and “consumer” welfare (for Keynesians), and smoothing business cycles (for both).

Using evolutionary economics as a guide, the principles of more effective economic policies become clearer. To start with, policymakers need to get out of the way of natural evolutionary gain and loss. We see the opposite today, for example, with how taxi companies are seeking government help to limit transportation startups like Uber and Lift and how car dealers fight against companies like Tesla selling cars directly. Instead governments should specifically design policies and regulatory mechanisms to enhance innovation and evolution at both the business and economy-wide level, To that end, Congress should charge the Congressional Budget Office with doing an analysis of all major legislation for how the legislation would affect evolution. It should also task OMB’s Office of Information and Regulatory Affairs (OIRA) with creating an Office of Innovation Review so that proposed regulations would be required to undergo a review to determine the effect, not just on costs (and benefits) in the short term, but on innovation over the long term.

Governments also need policies to incent organizations to evolve. A large number of market failures, including principal-agent problems, mean that sometimes organizations do not do what is either in society’s interest or even in their own long-term interest. We see the latter most clearly in the rise of corporate short-termism which has all too often meant sacrificing long-term investment for today’s market valuations. To better align business interests with the economy’s evolutionary interests government needs to do more to shelter companies from the harsh demands of shareholders seeking only short-term returns while also giving managers stronger incentives, like an expanded R&D tax credit, to pursue long-term strategies.

Moreover to maximize evolution, especially technology-driven evolution, governments need a proactive innovation policy. This means government should play a key role in marshaling resources for innovation, not just traditional funding for basic science, but through incentives like prizes, funding of public-private research consortia, and more robust funding for technology transfer.

At the end of the day accelerating the rate of evolution is the most important thing economic policymakers can do.

Finally, effectively spurring evolution means that the traditional macro and micro economic frameworks need to be supplemented with a new framework. Macroeconomic policy is still needed, but it does little to directly spur evolution, other than to provide a background environment that is hopefully more suitable for institutions that innovate and evolve. Microeconomics all too often focuses on the role of price signals in market transactions—a useful, but also insufficient focus. What is needed is a “meso-economic” evolutionary policy focus that examines how innovation systems and institutions are organized to drive evolution.

Bringing evolutionary economics to Washington will help us get out of the fifty-year-old stale debate between the left and right and help craft an economic policy to reflect the realities of the 21st century economy.