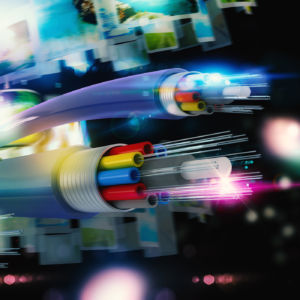 Obama-era net neutrality rules the Federal Communications Commission could repeal may have cost the U.S. economy 700,000 jobs and $35 billion annually in broadband investment, according to economists at Stanford, Pepperdine, New York University, and elsewhere.

The economists on Thursday discussed three separate studies commissioned by the broadband industry examining the FCC’s decision to reclassify broadband service as a public utility, subject to potentially tougher regulation. Reclassification under Title II of the Communications Act, originally designed to regulate telephone monopolies in the 1930s, has cost the industry tens of billions in investment toward network expansion and hundreds of thousands of jobs since enacted in 2015, according to one study.

“Estimates of $35 billion per year in lost investment and, cumulatively, lost jobs nationwide that may have reached 700,000 since the FCC’s reclassification of BIAS [Broadband Internet Access Service] providers are reasonable,” Christian Dippon of NERA Economic Consulting wrote.

The FCC turned to Title II as a way to bring internet service providers (ISPs) under its jurisdiction after previously trying to enforce open internet rules against web traffic blocking, throttling, and paid prioritization that were struck down in court. Though the FCC forbore from many heavy handed Title II regulations like price capping in the 2015 Open Internet order, Dippon — in a study paid for by Comcast — said the FCC can “reverse itself” any time, and that threat is making investors wary.

Dippon arrived at his numbers via an approach used in a previous Title II economic study by Phoenix Center economist George Ford. Ford’s study, cited in Dippon’s, estimates what jobs and investment would have looked like if the FCC never implemented Title II. Dippon further estimates and factors in how many potential new broadband customers could’ve been lost.

“The Ford study predicts shortfalls in investment of roughly $35 billion per year,” Dippon says. “A paper by Sosa and Audenrode, using the Bureau of Economic Analysis RIMS II data and other industry data, estimated that each additional dollar of capital spending generated 20.4 jobs for every million dollars invested in capital equipment.”

“Consequently, the shortfall of $35 billion per year translates to 714,000 jobs,” including in sectors like construction and others outside the telecom industry, the study estimates. Separately, in an FCC filing earlier this week, small manufacturers of broadband network products argued Title II was a threat to their businesses.

Another study by Stanford economics professor Bruce Owen, paid for by the cable trade group NCTA, cited Ford and another study by Georgetown economics professor Hal Singer. According to Singer, capital expenditures by the twelve largest internet service providers in the U.S. have fallen by $3.6 billion, a 5.6 percent decline compared to 2014 levels.

“Even setting aside the debate over how best to interpret investment data over the past two years, economic literature is replete with empirical examples of the effects of common-carrier-style regulation on the incentives of regulated firms to invest in infrastructure and new services,” Owen’s study reads.

It goes on to say broadband investment prior to the rules “stands in stark contrast to the chronic underinvestment in heavily regulated public utility sectors in this country. Prominent examples include water utilities, electricity grids, and railroads.”

A third analysis by former economics professors Andres Lerner of USC and Janusz Ordover of NYU made similar claims. They argue portions of the net neutrality rules beyond Title II, like the “internet conduct standard,” let the FCC “regulate any practice that it considers “unreasonable.”

‘These risks are likely to have the effect of reducing investments and hampering innovation in the long term, in an industry where continual investments and innovation are key to providing services that benefit consumers,” their study reads.

The economists say investments in network expansion, which typically require large “initial sunk and irreversible costs” and produce benefits only in the long-term are especially sensitive to those risks. So are new services and business models like zero-rating, targeted by the outgoing Obama administration with the help of the internet conduct standard late last year.

Groups in favor of keeping the rules on the books, like the Internet Association, say investment has gone in the opposite direction. Using SEC and other data directly from ISPs or used by ISP trade groups, the group shows investment going up 5.3 percent, or $7.3 billion, from 2015 to 2016. That’s higher than the period from 2014 to 2015 (5.1 percent or $4.7 billion), when the FCC was still debating the rules.