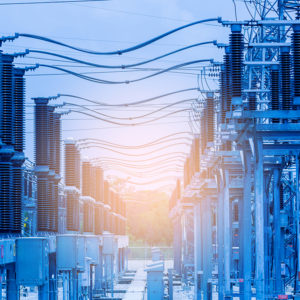 The electric utility industry looks a bit like a man on a ladder with one foot seeking the rung below, unsure of where it is. But find it he must.

The industry is beset with technological change as well as social and political pressures. It isn’t in crisis, but it is in dramatic transition.

It has one overriding driver: the need first to reduce, then to eliminate carbon emissions.

The utilities have been heroic in turning to wind and solar – which have also turned out to be economically advantageous. However, those efforts are challenged by the need to store electricity produced when these “alternatives” aren’t available.

General Motors is switching to making only electric vehicles after 2035. It can stop and retool. Utilities can never stop pumping out electrons; they must retool on the go.

Most of us only realize the hidden fragility of the system when storms are forecast, and the local utility tells us to buy batteries.

Feb. 11 was the 174th anniversary of Thomas Edison’s birth. No one has affected the way we live as completely as Edison, neither king, conqueror, philosopher, revolutionary, nor any other inventor.

The big pressures on the utilities are to get off fossil fuels and to increase the resilience of the system, including resilience against weather and cyberattack.

These pressures spawn other pressures, particularly how to store alternative electricity which is made when the sun is shining and the wind is blowing, often not when consumption is high.

Storage is a hot area in electric innovation. Batteries, which are front-and-center in storage, must get much better, so they can have longer drawdown times. Arshad Mansoor, president of the Electric Power Research Institute, says batteries will get much better, but not enough to take up the slack for days of bad weather. He was speaking at the virtual winter meeting of the National Association of Regulatory Utility Commissioners.

Hydrogen is a favorite to deal with days of rain, as happens in Florida and elsewhere, and wind droughts which can last more than a week in Texas, a big wind-generating center.

But hydrogen isn’t a one-for-one replacement of natural gas, the current workhorse of generating fuels. On paper, hydrogen has every virtue. In reality, it has challenges of its own: It has less than half the energy of natural gas; it is harder to handle, can explode, and can produce nitrogen oxide; and turbines have to be modified to burn it.

Even so, a plethora of utilities, including Sempra, Arizona Public Service, and NextEra Energy, are experimenting with it. The Los Angeles Department of Water and Power is converting a coal plant in Utah to run completely on green hydrogen (that is hydrogen derived from the electrolysis of water not from natural gas).

San Antonio’s municipally owned energy utility, CPS Energy, buys a lot of wind power and is planning to install 900 megawatts of solar power on top of 4oo MW already deployed. That means storage is critical, and the utility has launched an ambitious global search for new-and-improved technologies. This has generated 300 responses worldwide. These, according to COO Cris Eugster, include hydrogen and batteries, but also far-out ideas like compressed air, flywheels, mineshafts for pumped storage, and liquefied air.

All of this restructuring, moving from big central plants to diverse generating and complex substitutions, requires recognition that data is now central in utilities — and data has to move instantly.

Morgan O’Brien, who co-founded the game-changing cellphone company, Nextel, and is now executive chairman of Anterix, a private broadband network provider, says, “The intermittent nature of renewable sources imposes particular requirements on grid management for speed and accuracy. Luckily, the global wireless technology, LTE, which powers our smartphones is perfectly adapted to this communications challenge.”

The speed of transition is accelerating. The electric utilities, often thought of as staid, are going to be anything but going forward: They are becoming innovation hubs.

Edison’s birthday marks a busy time for his follow-on inventors.