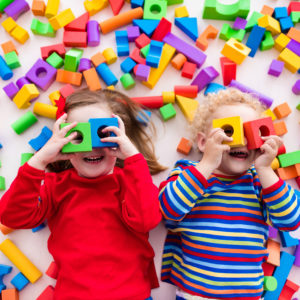 GOP strategists may initially throttle back on big education reform initiatives in the wake of a tough confirmation fight, according to a former George H.W. Bush education department official.

The debate surrounding the Trump administration’s nomination of Republican school choice activist Betsy DeVos to lead the education department has gone mainstream, despite the secretary of education’s limited powers under new education law.

Barring a surprise, the full Senate is expected to confirm Ms. DeVos at midday Tuesday by a 50-50 vote—Vice President Mike Pence would break the expected tie. If the vote plays out as anticipated, DeVos would be the first education secretary to receive no votes from across the aisle.

Christopher Cross was the Assistant Secretary for Educational Research and Improvement at the U.S. Department of Education from 1989 to 1991.

Cross has spent decades working on education policy in Washington before and since his appointment, and he said he has rarely, if ever, seen such partisan polarization in a fight over the direction of education policy.

Even the bitterly contested creation of the Department of Education during the Carter administration, which first squeaked through the House on a 210 to 206 vote, saw numerous members of both parties voting on either side.

While there are policy issues enmeshed in the debate over DeVos’s confirmation, much of the fight has turned to attacks on her personality and prior experience, said Cross, in an interview with InsideSources.

He said that Trump’s nominee has had the misfortune of being “caught up in general election fallout,” adding that the confirmation fight is “not just about DeVos.”

Nor would Ms. Devos be the first education secretary without deep roots to the traditional public school system, from either party, said Cross.

Shirley Hufstedler, the first U.S. Secretary of Education under President Jimmy Carter was tapped from the bench; she had been a federal judge on the Ninth Circuit of the U.S. Court of Appeals.

Bill Bennett, the staunchly conservative education department leader under President Ronald Reagan had more of an academic background than a school administrative one, said Cross, and Lauro Cavazos, Bennett’s successor, was a Ph.D. in physiology with no major experience in K-12 policy-making.

Bennett, Hufstedler and Cavazos were each confirmed by broad bipartisan coalitions.

It will be important to watch who gets nominated for sub-cabinet positions over the coming weeks, said Cross, who feels the new administration needs “to appoint people with strong credentials” for those roles.

Should Trump and DeVos put together a highly qualified team of experienced education policy hands, Cross expects the controversy over DeVos “will fade, and fade relatively quickly.”

Nonetheless, Republican strategists in the new administration may consciously choose to allow some time to elapse before pushing major education reform.

Despite a recent House subcommittee hearing on “The Power of School Choice” and a pair of GOP bills aimed at rolling back Obama administration ESSA rules, Cross said he does not expect “an ‘in your face’” attempt by Republican leadership in the coming weeks to enact sweeping campaign promises, such as President Trump’s proposal to find $20 billion for school choice grants.

While a major school choice bill may get out of the House, the Senate committee that oversees education is expected to be busy in the coming months with the large task of amending or replacing the Affordable Care Act.

Michael Hansen, a senior fellow at the Brookings Institution’s Brown Center on Education Policy, agrees with Cross that the confirmation fight is “larger than just Betsy DeVos.”

Unlike Cross, who sees the possibility for tensions to cool in the coming months, Hansen said that education policy “is shaping up to be a space where there are a lot of partisan divides.” He said the issue “is probably going to be political for a while.”

Continue to check back with InsideSources for evolving coverage of federal, state, and local level education stories. We recently broke the news that Ms. DeVos has promised to release her tax returns and forego tax benefits offered to cabinet appointees.

Correction: In an earlier version of this article a reporter had written that the 1979 House vote to create the Department of Education passed 216 to 210. The first House vote in favor of creating the Department was actually 210 to 206. After conferencing with the Senate, the House approved the final version of the bill by a margin of 215 to 201.