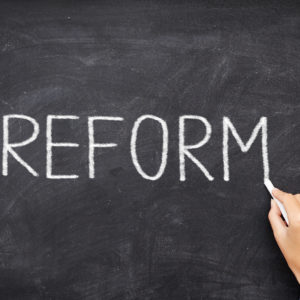 What Education Reform Means to a Union Boss

Teachers’ unions in the United States are often portrayed—fairly or unfairly—as defenders of the status quo in education. Therefore, efforts to reform the nation’s sprawling decentralized education system are often cast as political crusades where battles are fought and won or lost in opposition to the local union chapter. While this narrative holds in some cases, there are notable examples of teachers’ union leaders who agree that the education system could benefit from systematic improvement—as long as their views are taken into consideration.

Adam Urbanski has been the president of the Rochester Teachers Association in New York for 36 years, having won re-election eighteen times since first taking office in 1981. For 34 of those years, Urbanski has also been a Vice President of the American Federation of Teachers, the second largest teachers’ union in the country.

A Polish immigrant who escaped Communism to come to America as a teenager, Urbanski has developed a reputation as an independent thinker and a voice for educational reform within the teachers’ unions. In 1995, Urbanski co-founded TURN, the Teachers Union Reform Network, which is active around the country and counts elements from both the American Federation of Teachers and the National Education Association among its members.

In an interview with InsideSources, Urbanski described the motivations fueling his activism and the vision he has for the role of teachers within the wider education system. According to Urbanski, the platform he first ran on in 1981 still guides this work. In that race, Urbanski called for teachers to have more influence over school administration, for differentiated pay scales depending on teacher experience and qualifications, and more flexible contract structures that could be tailored to fit different schools within the same school district. He also pushed for the unions to become more accountable to students, or as he describes it, “redefining who the clients are”—reflecting his belief that students and teachers, not just teachers, should be at the center of a union’s advocacy.

While Urbanski has had his setbacks and disagreements with other voices within the unions, he is a full believer in public education and the role unions play in the system. He stresses the pluralistic nature of unions, arguing that they are naturally democratic institutions capable of absorbing and reflecting new voices from within their membership. Therefore, despite the concerns of some observers who have questioned the closeness the unions share with the national Democratic Party and the socially liberal positions staked out in the unions’ platforms, Urbanski is adamant that “dissent should be honored and not suppressed” within his members’ ranks.

But, he stresses, this does not mean that the unions should surrender their values to work with the political right at any cost. While he opposed the Bush-era No Child Left Behind reforms and was “disappointed” to see the Obama administration largely continue on the same path, he finds the new leadership in Washington to represent something else entirely. Like his most stalwart colleagues, Urbanski argues that Secretary of Education Betsy DeVos’ push for school choice and public funding of private schools is an existential threat to the nation’s public education system.

Herein lies the challenge for someone in Urbanski’s position. While he feels an inclination to push for reform and try new approaches to improve public education, he also senses the need to circle the wagons and take a defensive posture. At a March conference, the American Federation of Teachers president Randi Weingarten declared that the unions are “back in war-time” after a period of bipartisan cooperation at the end of the Obama administration. Urbanski, who is vocally supportive of Weingarten, echoed her rhetoric and denounced what he characterizes as the new administration’s desire to “blindly apply market forces to public education.”

So while the gulf between the powers that be in Washington and Urbanski’s carefully crafted reform philosophy in Rochester is wider than ever, he hasn’t given up on the transition to a new kind of unionism. Urbanski pointed to a 2012 speech given by Weingarten, where she laid out a doctrine of “Solution-Driven Unionism” as the goal the organizations should be working toward.

Furthermore, Urbanski also recognizes that many parents desire more choice in educational options—though he believes the public system could be tweaked to sate those demands: “choice doesn’t equate to privatization,” he said.

This approach to reform, where unions and the education system as a whole is more responsive to parents and students, turns “whiners into doers” he argued.

So while it seems unlikely that a deal will be struck anytime soon between the agenda of policy-makers on the right in Washington and the brand of reform-centered unionism championed by Urbanski, it’s worth remembering that there are elements within the unions that are ready and willing to discuss change.