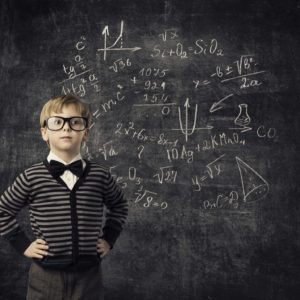 What Educators Can Learn From Learning Science

Despite a vibrant exchange of ideas and research in the field of learning science, some education experts are concerned that commonly used practice is lagging behind theory in classrooms, universities, and continuous learning opportunities throughout the country. According to the research, experts say that educators should be encouraging active learning, self-reflection, and analogical reasoning, while also cautioning against the misconception that learners should be taught differently based on “learning styles.”

Ulrich Boser is a former journalist and the current founding director of a new initiative within the Center for American Progress dedicated to the science of learning. In an interview with InsideSources, Boser discussed his work in the field, including a book he published earlier this year entitled “Learn Better: Mastering the Skills for Success in Life, Business, and School.”

Boser said that the broader study of learning science breaks down into a number of fields, including social emotional learning, memorization techniques, and identifying strategies to get learners to engage more actively in content material. While researchers have come out with actionable findings for educators—such as showing that highlighting or underlining is less effective in reading comprehension than getting a student to explain a text to a classmate—Boser said that part of the challenge is communicating these best techniques to teachers.

Despite his belief that teachers generally have the best intentions for their students, “everything has a ‘neuro-‘ in front of it or is ‘backed by science’ so part of the reason why we haven’t had teachers engage as much in the science of learning is that they are sort of tired of hearing about it,” said Boser.

In part, the struggle that teachers face, as outlined by Boser, is connected to the structure of the education market. The American educational business system, which is highly decentralized, favors a few large educational corporations and a myriad of small regional vendors or, increasingly, of web-based open educational resources, that can leave teachers and administrators overwhelmed when working to identify the best products and strategies for their classrooms.

Nevertheless, Boser argues that there are some easily adoptable principles that educators can use to significantly boost outcomes for students. He explained, for example, the process of “interleaving” or introducing multiple concepts and skills simultaneously so the learner has opportunities to make deeper connections. According to some studies, interleaving can boost student outcomes by up to 40 percent. Boser used the example of a novice piano player, who according to research, would be better off mixing up sessions in which they learn pieces of Bach, Beethoven, and Chopin simultaneously over the course of three lessons, rather than walling off each musical style from each composer in three separate sessions.

Boser also talked about the latest in memory research, which for example, suggests that facts are retained more efficiently if revisited sequentially after specific intervals of time have elapsed. Another tool that teachers are increasingly deploying is an emphasis on “metacognition” or thinking about thinking. Boser explained that this technique is effectively deployed when teachers model reflective thought patterns, or by practices as simple as giving students exit quizzes at the end of each lesson. Many of the techniques he discusses can therefore be boiled down to strategies to help learners acquire and solidify content knowledge as rapidly and deeply as possible.

One area where Boser argues that educators should be proceeding with more caution, however, is the widely held concept of “learning styles,” or the idea that some people are “visual learners” while others might be “auditory learners” and so on. According to a study released earlier this year that Boser helped conduct, over 85 percent of Americans believe in learning styles, despite his contention that there is very little research to back up the idea. While he acknowledged that “people do engage in material in different ways” based on their interests or background knowledge, Boser cautioned that the concept of learning styles appears to have become a catch-all for the fact that “people are different.” The emphasis on these differences, can then come at the detriment of the more strongly-backed studies that examine how people learn in similar ways.

“It turns out that a lot of the conventional wisdom on learning is wrong,” Boser summed up, and he therefore argues that educators should stick to fostering the research-backed principles of active learning, interleaving, reflective thinking, and drawing analogies across subject matters.