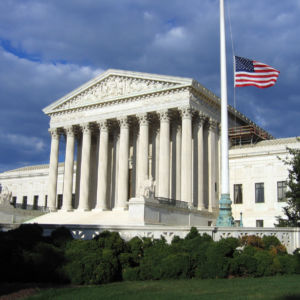 Efforts to Weaken Unions a Direct Strike against the Middle Class

America’s economy has swung out of balance. Working Americans today are working harder and producing more than ever, but their pay remains stuck. Meanwhile, as wages remain stagnant for the middle class and are actually falling for low-wage workers, the richest Americans are taking home an increasingly larger share of the economic pie.

But when workers are represented by unions, the pendulum swings in the direction of working Americans, helping to boost the economy for everyone. Union workers typically earn higher salaries and have greater access to retirement benefits, medical benefits, and most types of paid leave than their non-unionized counterparts.

Unions also play a critical role in intergenerational mobility. In fact, a Center for American Progress report finds that children with union parents earn more, attain higher levels of education, and have better health than children from nonunion households.

Meanwhile, increased unionization amplifies the size of the middle class’s share of income, creating competition that helps to reduce income inequality and improve working conditions for all workers.

How do unions do it?

Under federal law, unions are obligated to bargain on behalf of all employees, even those in a workplace who decline to join the union. In many public unions, employees always have the choice to join the union or not, and those who opt out—all of whom also receive union-acquired benefits—pay their fair share to the union solely for the costs of negotiation.

But over the last few years, conservative “right to work” advocates have been steadily working in the courts to undermine the middle class by attacking American unions. In a case before the U.S. Supreme Court this month—Friedrichs v. California Teachers Association—right to work advocates are once again seeking to erode the strength of our unions, and could overturn 40 years of Supreme Court precedent in the process.

While some may see this attack as only impacting unions, the reality is this is a direct strike at the middle class. If the court sides with right to work conservative advocates, employers will have an increasingly upper-hand in negotiations. At best, this would mean the middle class would continue to decline or, at worse, disappear altogether. And in the legal landscape, it would mean a dramatic reinterpretation of decades-old law and a sharp conservative turn in favor of corporations over workers.

The simple truth is that no one is required to join a union and no one is required to pay any fees that go to politics or political candidates. Nothing in this case will change that. This case is about making it even harder for working people to come together, speak up for each other, and negotiate the rules about benefits, hours, and wages.

Unions have been and remain critical to the strength of America’s middle class, to ensuring financial security for millions of families, and to buoying the economy. In representing workers’ voices and leveling the power dynamics between employers and employees, unions are vital to building and growing America’s middle class.

It is no coincidence then that attacks on unions have coincided with the decline of the middle class. The Supreme Court should not pound another nail in that coffin at the behest of conservatives and the wealthy few. Our economy should work for everyone, and unions play a vital role in accomplishing that.

The attack on workers in Friedrichs is more than a conservative ideology; it is an attempt to begin turning back the clock on workers’ rights and the survival of the middle class, radically altering the law in the process.