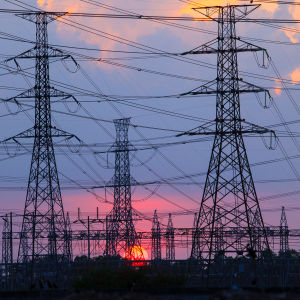 The EPA’s so-called “Clean Power Plan” to reduce carbon emissions from coal-fired power plants has come under fire from utilities, regional grid operators, the North American Electric Reliability Corporation (NERC), and the Federal Energy Regulatory Commission (FERC)—basically, any entity that has some responsibility for seeing that consumers are provided with reliable and affordable electricity.  Now, even the U.S. Energy Information Administration (EIA), an arm of the U.S. Department of Energy, confirms what the energy experts have been saying all along—the Clean Power Plan will raise electricity prices and result in a much greater loss of coal generation than the EPA projected, risking the reliability of the grid.

In a report issued on May 22, the EIA forecasts a 90 GW loss of coal generation because of the Clean Power Plan, which is the equivalent of providing power for about 63 million homes. Even more troubling, the EIA projects that most of these coal plant closings will occur by 2020 to meet the Clean Power Plan’s interim goals.  The EIA says that this would require “significant investment” in alternative forms of electricity generation to fill the void.  Not only would this raise electricity prices by 5.9% by 2020, the additional infrastructure necessary to build replacement generation simply cannot be planned, designed, constructed, tested, and placed into operation in the less than 5 years to 2020. That is why so many entities responsible for the reliability of the electric grid have been critical of the EPA’s plan—that much capacity cannot be replaced in such a short period of time.

The EIA report states that the Clean Power Plan “increases natural gas use significantly.” The analysis shows the rule would move generation away from baseload coal, nuclear and hydropower, which are located on-site, and toward natural gas, which requires real-time fuel delivery, and renewables, which are intermittent. And, as we learned during the Polar Vortex during the winter of 2013-2014, surging demand for electricity to keep the lights on – as well as to heat homes and businesses – was met by coal. In fact, American Electric Power, one of Ohio’s biggest utilities, later reported that 90 percent of their coal plants slated for retirement were running full speed just to meet that peak demand. Natural gas couldn’t shoulder that burden, due in part to a shortage of infrastructure to deliver gas where it was needed – this despite record-setting production in the Marcellus Shale. But more importantly, whereas coal’s sole purpose is to generate electricity, natural gas is also used for home heating. And when push comes to shove, heating gets priority over generation.  The EPA’s assumption that natural gas and renewables can replace coal, especially during times of peak demand, is misplaced, and grid reliability will suffer as a result. The EPA simply doesn’t acknowledge the obvious—its plan will reduce reliability of the grid.

The EPA cannot continue to ignore the serious concerns of so many energy experts and entities—including the U.S. Department of Energy—that are responsible for reliable and affordable electricity.  The Clean Power Plan propels our energy policy in the wrong direction, and it should be scrapped.

Terry was appointed to the Missouri Public Service Commission in 2007. During his six years as a State utilities regulator, Terry became a nationally-recognized leader in energy, utility and regulatory issues. He served as Chairman of the National Association of Regulatory Utility Commissioners’ (NARUC) Committee on Critical Infrastructure. During his tenure, he focused on cybersecurity issues and led NARUC to be one of the major organizations influencing national cybersecurity policy for critical infrastructure.