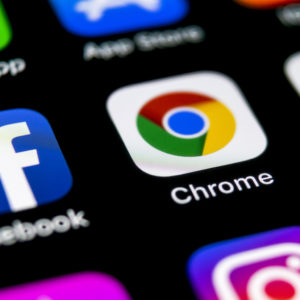 The CEOs of Amazon, Apple, Facebook and Google are scheduled to appear before the House Judiciary Committee’s Antitrust Subcommittee on Wednesday to answer questions about their business practices.

“Since last June, the Subcommittee has been investigating the dominance of a small number of digital platforms and the adequacy of existing antitrust laws and enforcement,” House Judiciary Committee Chairman Jerrold Nadler and Antitrust Subcommittee Chairman David Cicilline said in a statement. “Given the central role these corporations play in the lives of the American people, it is critical that their CEOs are forthcoming.”

How big are these companies? They have a combined market capitalization of around $5 trillion dollars, and more than $400 billion in cash on hand.

Not surprisingly, their size and wealth have raised questions about the impact they are having on the marketplace. Are their business practices making it impossible for potential competitors to have a level playing field?

Here are eight key questions members of the tech community would like to hear the answers to at the upcoming hearing:

1:  Google rejects claims that “the ad tech sector is lacking competition,” arguing instead that it’s “famously crowded.” Given that it controls the largest share of online advertising, will Google concede its vertically integrated model with data acquisition, content assets (e.g. YouTube, search ads, etc.) and ad serving/auctioning, all give it a competitive advantage?

2:  Google has defended the appearance of its own listings at the top of its search engine “One Box” — over competitors like Yelp and TripAdvisor — by arguing its rankings are based on better data. And yet the Wall Street Journal reports Google published millions of fake business listings on Google Maps. How does Google explain this disparity?

3:  How can Amazon assure the public that it will not use its platform to prioritize its own products and digital content, such as Amazon Basic and PrimeVideo, over other vendors trying to do business over the Amazon platform? Despite its repeated pledges to operate an open marketplace, Amazon’s FireTV blocks both Peacock and HBOMax, two content providers competing directly with AmazonPrime streaming video. During the COVID-19 crisis, Amazon prioritized shipping for “essential items,” but continued to ship its own non-essential products.

4:  Google Android and Apple IOS collectively control 99.6 percent of the smartphone operating system, each with their own default apps like Google Chrome and Apple Safari. How can mobile apps like Brave or Edge compete against the default apps these two companies place on virtually every phone?

5:  Google and Apple defend their policy of preinstalling apps by claiming the apps they choose are the best for the consumer. And yet, Google has paid Apple billions to remain the default search engine on Safari. If Google really is the best choice for its customers, why is this arrangement necessary?

6:  Facebook’s core products — WhatsApp, Instagram and Facebook — are all forms of social media. Google, its biggest competitor for online advertising, has far more products that gather consumer data (Android, Google Search, etc.) How does the fact that Facebook is a closed marketplace selling ads directly create significant differences with Google?

7:  Facebook CEO Mark Zuckerberg says he’s committed to supporting free speech and content neutrality. However, he is under constant pressure from the political left, including an advertising boycott, to take down content they don’t like. How can the public be confident that Facebook’s policies are being equally applied today, and will continue to remain politically neutral in the future?

8:  All four of these tech giants advocated for so-called “Net Neutrality” regulations on the internet. And yet they currently violate some of the most essential net-neutrality principles. For example, Google and Apple both engage in “paid prioritization,” while Amazon blocks competing streaming services. Will all four companies commit, right now, to operate under the rules they’ve attempted to force on every internet user?

Without answers to these questions, how can Congress have a legitimate debate about the proper role of regulation in the tech sector?

And how can the American people trust Congress to be watching out for their interests in the era of Big Tech?