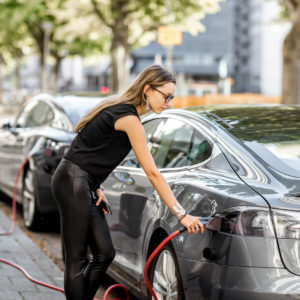 In an all-out effort to clear urban air of serious and deadly auto emissions, China announced that by 2025 only electric automobiles will be produced and sold in the country. Going a step further, the Chinese government will also require all new electric cars to use Chinese-produced batteries. The move follows a United Kingdom electric car order that bans production of all gasoline- and diesel-fueled autos by 2040. But what about the electricity? Will it be produced by non-polluting nuclear power, or will that be banned, too?

It all seems logical. If there’s a problem to be solved, why mess around? Find a solution and require everyone to toe the line. For some, command-and-control regulation seems to be the answer.

Logical, indeed, but Nobel laureate F.A. Hayek called it a “fatal conceit.” He was referring to the commonly held notion that “man can shape the world around him according to his wishes.”

Hayek argued that governments’ attempts to pull together all of the relevant knowledge from hundreds of millions of individuals — and with it identify and provide ideal solutions to social problems — lead to misspent resources, erosions of income and fatal outcomes.

Why? There are simply too many moving parts, along with too much necessary information, for one relatively small group of people to consider. It’s almost impossible to get it right. But that doesn’t keep us from trying.

To solve the health care problem once and for all, for example, lots of information was gathered. Citizens were ordered to buy the government-designed health insurance product deemed by government experts to be ideal, or else pay a penalty.

The notion is appealing, because we know that many more people have health care insurance this way — especially if the cost of the insurance policies is subsidized for those on tight budgets. We also know that, in spite of the best efforts of capable government officials who develop health care programs, the system is precarious.

For the new health care system to work, someone will have to order insurance companies to do two things: keep selling the standard product whether they make or lose money, and do not abandon any markets. Meanwhile, in the real world, insurance premiums head skyward, incomes are eroded and people in many states are left with just one insurance supplier.

We see Hayek’s fatal conceit in operation in other places, too:

Are there problems with high-energy using, old-fashioned 40- and 60-watt incandescent light bulbs (the ones that consumers prefer to all others)? Perhaps, but command-and-control regulation tried solving that problem, too, by banning their production or import. Those still looking for brighter lights could use multiple florescent bulbs, which sort of defeats the purpose of the ban.

What about auto tailpipe emissions? We ordered all cars sold in the United States to be equipped with catalytic converters, whether the cars in question have high levels of emissions or not. But once the rules are in place, there are no incentives to find even better ways to clear the air. After all, the catalytic converters will still be required.

Feel the need to conserve more energy than ordinary consumers seem willing to do? Fear not, we’re told — all appliance manufacturers will redesign washers, driers and air-conditioning units so they use fewer watts of power. Of course, it may take longer to wash the dishes or do a load of clothes, which undercuts any energy savings. That’s just the trade-off when command-and-control is the order of the day.

It’s not so easy to anticipate the decisions free people will make. How much of a government subsidy will it take to entice them to buy the higher-price products? And will taxpayers still cheer for more command-and-control solutions when ordered to pay more taxes? Will they cling to the old model and avoid buying the latest washing machine because of its higher price?

F.A. Hayek suggested there’s something about human nature that causes us to welcome grand solutions to pressing social problems, mistakenly believing that the brightest and best know better than we do. But he also argued that the world is far more complex than even our brightest and best minds can realize.

As Adam Smith suggested, free people can seldom, if ever, be treated successfully like players on a chessboard.