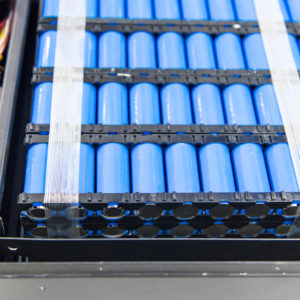 Most of the world’s electric cars are manufactured in the West. But two-thirds of EV battery production happens in the East.

Just one company — China’s Contemporary Amperex Technology — accounts for almost a third of world production of lithium-ion battery cells all by itself. All of the top 10 producers are Asian, mostly Chinese and South Korean.

In effect, a battery cartel is developing that’s analogous to OPEC — the Organization of Petroleum Exporting Countries. Which is ironic, given that electric car development has been spurred at least in part by the prospect of making Americans less dependent upon potentially unfriendly foreign governments for energy.

But an EV without a battery is like a conventional car with an empty gas tank. It makes for a nice paperweight.

If foreign countries control the lion’s share of EV battery production — and Americans start driving EVs in large numbers — the new OPEC will have potentially as much control over American drivers as the old OPEC once did.

But why is the West so dependent on the East for EV batteries?

It’s not because that’s where the lithium — a key raw material used in the manufacture of lithium-ion batteries — is. In fact, most of the world’s naturally occurring supply of lithium is in this hemisphere. About 80 percent comes from three South American countries: Argentina, Bolivia and Chile — the “Saudi Arabia of lithium.”

The techniques used to get the lithium aren’t particularly toxic, either. For the most part, it involves evaporating it out of brine solution — a process largely fueled by the sun.

But lithium isn’t the only raw material that goes into making EV batteries. Cobalt, nickel and graphite are three other essential materials — and obtaining these does entail environmentally unfriendly techniques, especially as regards cobalt.

About a fourth of the world’s supply comes from open/pit mining in the Congo. All of these raw materials must then be processed into batteries — which happens mostly in Asia because it’s cheaper. And it’s cheaper because environmental regs in Asian countries — in China, especially — aren’t as costly to comply with as in the West.

Which brings us to an interestingly inconvenient truth regarding the environmental-energy nexus. Electric cars are touted in the West as being “cleaner” than conventional/internal combustion-powered cars — and they are, if you only consider the tailpipe. But if you consider the mines —  and the processing plants in the East that turn the necessary raw materials into EV batteries — they may be less environmentally friendly in the aggregate.

It takes almost 30 pounds of lithium to make one battery pack for an electric car like the Tesla S. Plus the cobalt, nickel and graphite. And it takes a lot of electricity — provided for the most part by utilities that burn fossil fuels such as coal and oil (as well as natural gas) to power the EV’s batteries, which must be recharged more often than an internal combustion car’s gas tank needs to be refilled because EV batteries are much less energy dense than gasoline.

This energy density disparity is why even the longest-range EVs go only about half as far on a full charge as a gasoline-fueled car can travel on a full tank.

But that’s merely a functional problem. The environmental (and energy dependence) problem remains.

If environmental regs equivalent to those in force in the West are ever applied to the battery manufacturing plants in the East, the cost of EVs — already a big problem in terms of making them economically feasible as mass-market alternatives to non-EVs — will go up. This in turn will make them even harder to sell than they already are — even with massive subsidies that include a $7,500 per car federal tax rebate available to the EV buyer.

The regs in the United States could also be relaxed — and that would encourage the manufacture of EV batteries here, which would reduce the power of the emerging EV battery cartel over there. But that would entail allowing American manufacturers to “emit” at least as much as their Asian analogs — obviating the “clean air” argument for EVs.

An increase in nuclear power (generating capacity) would solve or at least greatly reduce some of the problem, in terms of the emissions arising from the production of the electricity EVs “burn” at the smokestack. But increasing nuclear power generation is politically untenable. And even if it weren’t, there’s still the battery emissions problem.

Better there than here seems to be the reasoning. Even if it doesn’t make the Earth any greener in the aggregate. And even if it means creating an electrified OPEC to take the place of the old one.