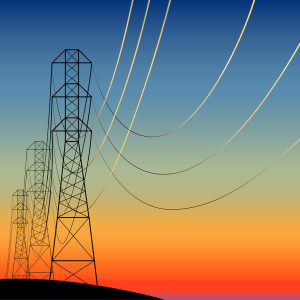 The Electric Revolution Is About To Upend Transportation

Connie Francis sang about “Where the Boys Are” in 1961. Well, the bright boys and girls are flooding into transportation. It is the place of cutting-edge invention: not cell phones, they were so last year; not computers, they were, er, so last century. The smartest students leaving university may well find the adventure of creating in transportation.

A science-led revolution is in the making in transportation. Leading this revolution is the electric car. It is no longer a drawing-board dream. It is here and gaining market share, albeit miniscule at present.

The surge to electric-powered transportation goes beyond the Tesla and Elon Musk — although Musk has been a catalyst. All manufacturers are now making or investigating electric cars. But the electric car is only a beginning: buses, trucks, trains, boats ships and even airplanes are in the mix.

China is throwing government and private resources into an electric future. France, Britain and eight other countries have declared that they will ban the internal combustion engine by mid-century. Volvo has said that it will stopmaking fossil fuel-powered cars.

At the extreme end of the electric car excitement are automated vehicles. These have caught the imagination — and the dollars — of Google and Uber. But Detroit is also is coming to realize that it has to go electric. General Motors has paved its way with the EV1 and the Volt. Others are scrambling.

The political pressure behind the urge to go electric is clean air, reduced noise and, for many countries, the end of a huge oil bill.

One hundred and forty years after Thomas Edison first perfected a light bulb, electricity is once again a major disruptive technology – and not just on the surface of the Earth. Electric aircraft are in design with short-haul, small-load passenger versions flying in Dubai. Mighty Boeing has teamed up with innovative JetBlue to work on an electric-powered aircraft, although these might have to wait for much better electric-storage batteries than now exist.

Naysayers are quick to point up the inadequacy of batteries — lithium ion are the workhorses in this revolution — and the difficulty of charging them.

These arguments point up a fork in the road for electric enthusiasts: Will the future depend on today’s charging technology where a car has to be tethered to the charging apparatus by a wire, or will electromagnetic fields be used in inductive charging, eliminating the wire? This is known as Wireless Power Transfer (WPT).

Enthusiasts see WPT charging in two ways: either a plate set in a driveway or parking lot with the vehicle at rest or a strip in a roadway which can charge vehicles in motion – a grander idea. If the latter is successful, it opens the way to smaller batteries in lighter vehicles, cheaper trucking.

The disruption is going to be very large.

Gas stations would largely disappear or be very few. Automobile technicians might want to look for alternative employment, as will, eventually, many truck drivers.

The search for new batteries is frenetic and international. New, longer-lived batteries will, in large measure, determine the rate of growth in the more advanced electric vehicle applications.

Another big imponderable is who will provide the electricity? There is a general assumption in the electric utilities that they will do this. But will they? The new owners of the charging networks may choose to make their own with wind, solar and small modular nuclear reactors.

What will the role of government be? Local government will have to deal with the road-use issues. But what of the federal government? It has always been involved in transport. As Peter Morici, the economist and columnist, points out, it stimulated the railways with right-of-way grants and the airlines with mail-hauling contracts. Will it find a similarly elegant way to stimulate the flow of electrons into transportation, and a whole new way of getting ourselves and our stuff around? Maybe it will be led by the military: the Navy wants electric ships.

No wonder the best minds out of colleges and universities are getting wanderlust.