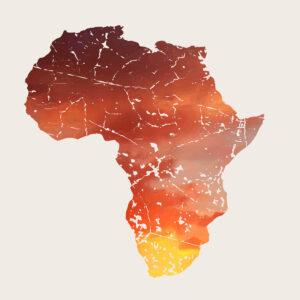 A population catastrophe is in the making in Africa that could engulf the world, Europe first. The United Nations predicts that between now and 2050 the populations of 26 African countries are expected to at least double their current size. Nigeria will overtake the United States to become the world’s third most populous country in 2050.

By the year 2050, according to the United Nations, annual increases will exceed 42 million people per year and total population will have doubled to 2.4 billion. “This comes to 3.5 million more people per month, or 80 additional people per minute. At that point, African population growth would be able to refill an empty London five times a year,” Britain’s Guardian newspaper calculates. Poor Africa, with so little to support a doubling population, is on its way to new horrors of food shortage, lack of jobs and misery.

This is not just crisis for Africa but very much one for Europe, and in time one for other countries.

African migrants, fleeing broken societies and imminent famine, have been crossing the Mediterranean in rickety craft, flooding Europe. This flood will grow and it will be joined by people seeking survival from deeper in Africa; not just from the north, but from the center and the south.

Desperate people move. Take the Royhinga refugees, walking with what they can carry from Myanmar to Bangladesh: a journey from unsafe to unwelcome. It is already happening in Africa and it will dominate in future.

India, which knows something about population explosions (the population there has grown from 400 million, when the British pulled out in 1947, to 1.3 billion), has looked for a way of improving expectations as a means of population stabilization. Their solution has not been droves of family planners with suitcases of condoms, but rather a bold, high-tech solution: electricity and lots of it.

In New Delhi, this strategy was explained to me by a professor at the University of Delhi. As an American, I was aghast at the poverty and the minimal lives lived by tens of millions. Almost verbatim, this is what I was told, “We have a solution to this misery: an electric grid. When we electrify a village, everything changes. Someone gets a television — maybe an old black-and-white one, but Indians are good at keeping things running — and then expectations go up, hygiene improves, and birth rates go down.”

That, maybe, is why today India is one of the leaders in building electric capacity of all kinds, including an ambitious nuclear program.

Electricity provides a solution in Africa, but much of the installed electric capacity is old, serves only urban areas and dates back to the colonial era.

In Africa and South America, I have seen electricity transform lives. An electric supply leads to the ability of villages to move basically from the Iron Age to the Ion Age.

I saw this acutely in my childhood in Africa. An electrified village can keep its food supply from rotting, grind its grain instead of shipping it to a mill, allow local businesses to get a footing, and limit family size. But mostly the young, whether through television or radio, are inspired to greater expectations, to horizons beyond the squalor and poverty that has been their inheritance.

The European media have been covering the African population flood with intensity, particularly the BBC. Yet much of this has had a hand-wringing quality.

As we see the lethality of electricity failure in Florida, following Irma, we again get a sharp lesson in the value to human life of electricity, unique in service to human kind.

If Africa is not to become a huge and permanent humanitarian crisis, affecting the whole world, it needs to get in on the electric solution. Ideally, this should be first with the fuels available: sun and wind. These are peculiarly suited to Africa: poor, desperate Africa where people hurt so much, every day.