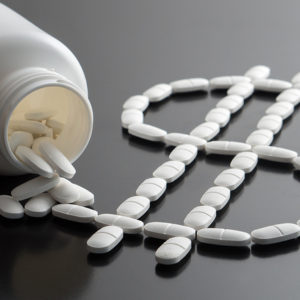 As the world responds to the COVID-19 pandemic, the sheer amount of investment going into efforts to come up with a vaccine and new treatments for the coronavirus is nothing short of astounding.

Right now, there are no fewer than 321 vaccine candidates for the coronavirus currently under development, which is a testament to the enormous capacity for innovation in the modern pharmaceutical industry.

But despite the industry’s best efforts to protect society from the novel coronavirus, drug prices remain high and continue to rise with no end in sight.

As pharmaceutical companies are celebrated as innovators and heroes amidst the current public health crisis, they are also impugning their negotiating partners — pharmacy benefit managers (PBMs) — to shift blame for high drug prices stemming from their negotiation tactics.

The Trump administration seems to have accepted this overstated rhetoric and revived an executive order to constrain the ability of PBMs to negotiate rebates from drug companies.

The announcement of this executive order implied that if these rebates were eliminated in Medicare Part D, savings would be directed to customers in the form of lower drug prices or lower premiums.

However, that perspective completely misconstrues how the market currently functions, and ultimately, if carried out, the executive order would increase the amount patients and taxpayers pay for the medicines they need.

To appreciate the potential harm the executive order could create, it is necessary to understand what pharmacy benefit managers actually do.

The main task of a PBM is to negotiate drug prices on behalf of insurers, unions, governments and corporations that provide prescription drug coverage to their employees and members.

PBMs also help manage formulary decisions to encourage use of generic drugs whenever possible and ensure the use of the cheapest brand-name drugs, and save money by encouraging mail-order delivery.

PBMs’ broad array of clients gives them sufficient market power to obtain significant discounts from drug companies. And the evidence suggests they do their job well.

Over 90 percent of all prescriptions filled are for generic drugs, a rate that is far higher than in Europe, for example.

It’s also worth noting that Medicare Part D premiums have stayed far lower than originally anticipated by the CBO for reasons at least partly related to competition and price negotiation created and invigorated by PBMs.

These discounts that PBMs negotiate usually take the form of rebates. A PBM is indifferent between lower list prices and rebates: both lead to lower premiums for insurance coverage.

However, pharmaceutical companies prefer to maintain high list prices and provide rebates instead, owing to a distortionary design flaw in Medicare Part D, which is the prescription drug benefit for seniors.

As a result, the sooner beneficiaries hit the catastrophic limit, the sooner the government pays for all drug spending, limiting the pharmaceutical companies’ financial obligation. Thus, the impetus is for ever-increasing drug prices.

Forcing PBMs to pass on the rebates they use to counteract these rising prices to patients at the pharmacy counter instead would increase Medicare Part D premiums for seniors.

Right now, rebates are used to reduce Part D premiums which are ultimately determined by the net price of drugs: Handing over the rebate at the pharmacy might make a few seniors feel better about pricing, but it would accomplish nothing because most seniors would see larger increases in their premiums as a result.

What’s more, such a step will remove the PBMs’ best tool to negotiate for lower net drug prices, further tipping the scale in favor of pharma and its pricing goals. It will accelerate drug price increases in the future because there will be no effective force to counter it.

The Trump administration’s proposed rulemaking does not plan for the intricacies of Medicare Part D or the critically important role played by PBMs.

No one disputes that the prescription drug market is convoluted, and its complexity can make it difficult to clearly comprehend the impact of intended reforms.

However, it should be clear to anyone familiar with the market that the Trump administration’s proposal to force PBMs to do away with rebates would dramatically increase the negotiating power of the pharmaceutical companies, which will assuredly lead to higher profits for them — and ultimately higher costs for patients and taxpayers.

While it may be politically expedient to blame PBMs for high drug prices, restricting their power in the marketplace accomplishes nothing to make prescription drugs more affordable, a reality that people may eventually come to realize.

Anthony T. Lo Sasso is a professor and Driehaus Fellow in the economics department at DePaul University in Chicago. He wrote this for InsideSources.com