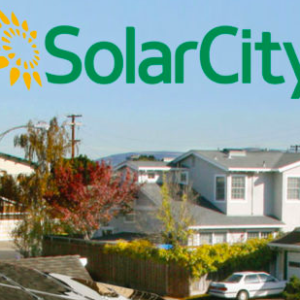 Elon Musk has gotten in trouble before for opening his mouth when he probably should have kept it shut — as when he infamously accused an Australian diver of being a pedophile for refusing his help rescuing kids trapped in a flooded cave.

The diver is suing him for that.

And when he made serial promises he wasn’t able to keep about the date he’d be able to deliver his “affordable” Model 3 electric car. Thousands of people who’d put down earnest money deposits were kept waiting for months and even years before they ever got their car. When it finally did appear, Elon adjusted the price up from the promised $35k to start to almost $40k.

And there were the tweets that got him in trouble with the SEC.

Now he’s in trouble for keeping his mouth shut when he may have had a legal obligation to open it.

Tesla shareholders are suing Musk over his alleged failure to disclose critical facts about Solar City, the manufacturer of rooftop solar panels launched by his cousins, prior to its acquisition by Tesla for $2.6 billion back in 2016. Including the fact that it was apparently insolvent at the time of its purchase and thus worth considerably less than $2.6 billion.

Though Musk recused himself from voting on the deal due to the family ties with Solar City, the suit alleges he aggressively lobbied in favor of the acquisition — in order to bail out his cousins — by touting a $750 million contract Solar City had with the state of New York to build a facility in Buffalo, which is now embroiled in controversy over where that money went — as well as by making (here we go again) promises about a “revolutionary” Solar Roof system that has yet to materialize.

According to unsealed documents regarding the above, Musk allegedly knew before the deal was consummated that Solar City hadn’t fulfilled its contractual obligations with the state of New York regarding capital expenditures and payments owed to vendors and had misled state officials — including Governor Andrew Cuomo — about 1,460 “high paying” jobs that would supposedly be created at the plant.

Also that if Tesla didn’t rescue Solar City, it — meaning his cousins — might be on the hook for $41.2 million in penalties for failing to meet contractually stipulated obligations.

It is also alleged that Musk shell-gamed $165 million from SpaceX — part of the Tesla empire — to prop up Solar City in 2015 and 2016. This transfer of funds was reportedly not disclosed prior to the purchase of Solar City by Tesla — apparently to give the impression that this was cashflow.

The documents allege that an Ernst & Young audit “concluded that Solar City was ‘short of cash by $169 million of which, if you take out (the funds transferred from) SpaceX they are barely at break even.”

Musk, in a statement release to the media after these allegations became public in September, said they’re “based on the claims of plaintiff’s lawyers looking for a payday.”

But what’s not contestable is the failure of Solar City to deliver on its promise to develop “solar roofs that look better than a normal roof, generate electricity, last longer, have better insulation and actually have a cost that is less than a normal roof plus the cost of electricity.”

In the fall of 2016, Musk told stockholders: “We expect to start doing Solar Roofs in volume somewhere next year.” Three years later, there is no evidence Solar City will ever produce the Solar Roofs “in volume,” as promised.

It has trotted selected media through the Buffalo plant to view the work-in-progress, but one former employee says this was a  carefully choreographed “dog and pony show”  meant to give a misleading impression about the imminence of a mass-produceable product.

The court documents state that “none of the solar roof tiles at the (media) demonstration were even operational … it was a ‘nascent product,’” i.e., something analogous to a concept car but represented as a production-ready car.

Tesla says it is continuing to work out “durability” and “safety” issues with its Solar Roof system — probably a good thing given that an unusual number of earlier-generation Solar City rooftop systems have caught fire; the company has been sued by at least two insurance companies representing private individuals and large corporations who bought the panels and other hardware from Solar City.

And what about those “high tech” jobs Solar City used to cage the $750 million out of the pockets of New York taxpayers? It turns out the average salary earned by workers at the Buffalo plant is $16.20 per hour — about five bucks more than the current federal minimum wage of $11.10 per hour.

The irony here is Musk could have simply bailed out Solar City using his own funds and avoided another embarrassing and very public debacle. His net worth is estimated to be at least $20 billion, according to Forbes — so the $2.6 billion that went to bail out Solar City — and his cousins — is practically chump change.

But Elon got all those billions by spending other people’s money — and selling things that either don’t exist or aren’t what was promised.

There’s a word for that — and it isn’t “pedo guy.”  It’s also based on facts. Something to which Elon seems averse.