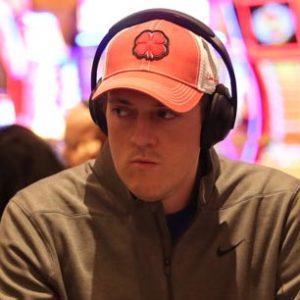 Young Americans for Liberty’s Board of Directors fired embattled YAL president Cliff Maloney amid allegations of sexual misconduct by leadership of the nonprofit organization. Maloney and Vice President of Grassroots Justin Griess were placed on administrative leave two days ago following dozens of accusations of sexual harassment in the YAL workplace. Using the Twitter hashtag #YALtoo, the conservative grassroots organization for college students, had staffers and other women involved with the organization claimed their complaints were swept under the rug, not properly dealt with, or ignored entirely.

“Losing the confidence of the board, YAL staff, and key stakeholders makes the ability to lead impossible and this action necessary,” YAL’s Board said in a Wednesday press release. “A comprehensive search for a new leader is underway.”

On Monday, the Board placed Maloney and Greiss on administrative leave pending a complete investigation by a third-party human resources company that YAL hired following previous accusations less than two years ago.

“Let me be clear,” Board Chairman Jeff Frazee said in the statement Monday, “misconduct or any violations of YAL HR policies and principles will not be tolerated.”

“I strongly encourage anyone to come forward and report any evidence through official channels,” he wrote. “A full, independent investigation is underway… we will remain transparent about what the process is, and all information will be reviewed carefully and confidentially.”

“Only once this chapter is closed can [YAL] begin to rebuild and put accountability structures in place to ensure this never happens again,” former Maine GOP Senate nominee Eric Brakey said on Twitter. Brakey took a job with YAL in fall 2020, following a GOP primary loss for Congress.

“Young Americans for Liberty and its mission is more important than any one person. We must make YAL a safe place for everyone in the Liberty Movement once again,” Brakey added and urged women to contact the independent HR company with all accusations. “And to every woman who has experienced sexual misconduct at YAL, I want to tell you I am sorry the Liberty Movement has not been better. None of this is acceptable. Accountability is necessary.”