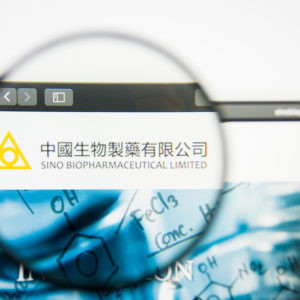 Embrace Biopharmaceutical Innovation to Save Lives

More Americans are beating cancer than ever before. Cancer mortality rates have plummeted 27 percent in the past quarter-century, according to a new study from the American Cancer Society.

This encouraging trend is no accident. Drug companies have invented hundreds of breakthrough therapies in recent years, many of which stop cancer in its tracks. A majority of these medicines have been invented right here in the United States.

There’s a reason for this. America’s intellectual property laws are the best in the world. Drug developers flock to the United States because they know their products will be protected long enough to be worth the investment.

But now, some American politicians want to weaken IP laws, which they believe allow drug companies to set excessively high prices. Gutting IP protections would be a mistake — without them, research would come to a halt, and patients everywhere would suffer.

Drug research is enormously costly. On average, it takes more than a decade — and costs $2.6 billion — to bring just one new drug to market. These projects are also risky. Only a fraction of experimental drugs succeed. Just over 10 percent of medicines that enter into clinical trials are ultimately approved by the FDA.

America’s strong IP protections encourage investors to fund medical research despite the high costs and risks. After all, no one would pour billions of dollars into projects with a high failure rate without the ability to profit.

Strong IP protections have made the United States the world leader in drug development. Investment in the U.S. biopharmaceutical industry hit an all-time high of more than $70 billion in 2017. Nearly 4,000 new medicines are currently being developed in the United States, including more than 1,100 that will treat cancer.

But not every country values IP. Around the world, countries pursue two major practices that threaten drug development.

Many developed nations arbitrarily cap what they’re willing to pay companies for prescription drugs. In the United Kingdom, government bureaucrats unilaterally decide which drugs are worth spending money. If drug companies won’t meet their price point, they simply don’t cover them.

Meanwhile, developing nations tend to disregard U.S. patents through a process known as compulsory licensing. In very specific circumstances — often in the case of a national health emergency — governments can issue compulsory licenses to domestic firms, which allow them to produce copies of patented medicines.

Unfortunately, many countries take advantage of the compulsory licensing process. Even without a public health crisis, countries like India and Brazil allow firms to circumvent U.S. patents — just to save a few bucks on domestically produced knock-off drugs.

Each of these practices hinder U.S. firms’ ability to recoup their massive R&D losses and hamstring medical innovation. The United States is often the only country where drug makers can sell their drugs at a fair price.

But that may soon change, if certain politicians have their way. A recent Trump administration proposal would tie reimbursement for drugs covered by Medicare Part B to the prices paid in other developed countries, effectively importing price controls.  Meanwhile, Rep. Lloyd Doggett, D-Texas, has introduced a bill that would empower the Department of Health and Human Services to grant compulsory licenses to American firms.

These policies would be as disastrous at home as they are abroad. If lawmakers really want to make drugs more affordable, they should take on foreign freeloaders — not imitate them.

Strengthening IP protections in trade agreements, like the recently negotiated United States-Mexico-Canada-Agreement, is a great place to start. USMCA affords companies that produce biologics — drugs made from living organisms — a longer period of time when competing drug companies cannot access their clinical trial data. This ensures that innovators have ample time to profit from their discoveries before rival firms can produce their own version of a therapy.

Thanks to medical advancement, the average American lives a decade longer than they did in 1950. Even so, more than 600,000 Americans will die from cancer this year. Every 65 seconds, someone in the United States develops Alzheimer’s disease.

The cure for any of these diseases could be just around the corner. Protecting intellectual property will help the patients of today get the medicines of tomorrow.