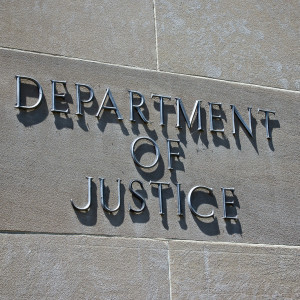 An End Run for Liberty on Two Issues

Sometimes, the end run is the best play.

President Trump and a near-majority of Republicans promised — and tried — to repeal the not-so-affordable-care act, aka Obamacare. They were blocked by a small minority of RINO Republicans (most notably, Arizona Sen. John McCain) who did their best to make sure Obamacare is forever.

So the president and the Republicans who actually did want to get rid of Obamacare executed an end run: They included language in the just-passed tax legislation that repeals the fines levied by the IRS as an enforcement mechanism for Obamacare’s notorious individual mandate — the requirement that people have to buy health insurance, whether they want it or not and whether they can afford it or not.

The individual mandate is the dark, beating heart of Obamacare. But without the fines, the mandate is effectively repealed because no one will be forced to buy in. Which means the freedom to opt out — which is something liberty-minded conservatives believe ought to be every American’s right.

Now comes another opportunity for liberty-minded Republicans to give the people back some of of the liberties they’ve lost over the past several years — using similar tactics.

The first is on the issue of medical marijuana — specifically, whether the federal government, via the Justice Department, ought to be second-guessing state-level decisions to decriminalize the possession and use of small amounts of pot by individuals for medical reasons, such as to treat the nausea and loss of appetite associated with cancer treatment, to alleviate the symptoms of glaucoma — and so on.

While the president has repeatedly stated he has no problem with medical marijuana and — as a conservative — rightly sees this as a matter for the individual states to decide — his attorney general, Jeff Sessions, has taken the opposite position and vowed to use the Justice resources at his disposal to countermand the will of the people in states that have approved medical marijuana.

Reps. Dana Rohrabacher and Earl Blumenauer hope to end-run Sessions via a provision in the pending federal appropriations legislation that would deny Justice Department funding for the federal prosecution of individuals who aren’t breaking any state-level laws regarding the possession, distribution and use of marijuana.

Libertarians can support this on the basis of a moral objection to the government criminalizing private actions that — as such — involve no harm done to others, but liberty-minded conservatives can defend it on constitutional grounds.

Washington — and the Justice Department — ought not to be micromanaging state-level matters outside of their purview, per the 10th Amendment. Nor threatening American citizens with double jeopardy prosecution for actions that are lawful within their states.

It’s worth a mention here that conservatives used the same 10th Amendment argument to oppose federal assumption of control over the nation’s health care system — and federal micromanaging of the health care choices of every American citizen.

The second opportunity to land a blow for liberty would be to separate out — and separately consider — a proposed extension and expansion of Section 702 of the Foreign Intelligence Surveillance Act, which is waiting in the wings for approval.

It is currently bundled with the other legislation, which has been done precisely for the same reason one wraps a bitter pill in bacon before giving it to the family dog. The idea being that the dog will not notice and swallow the pill along with the bacon.

Only in the case of the proposed FISA expansion, it’s not in the best interests of the “dog.”

The FISA expansion will further erode due-process protections already much-abused by the secretive, almost unaccountable FISA courts — which among other things have been empowered to proceed against a target without the target even being made aware he has been accused of a criminal act and without the usual due- process protections that would apply in any other criminal proceeding, such as being able to confront the witnesses against you.

Currently, the government must at least assert that a targeted individual is a terrorist or member of a terrorist group. If the proposed expansion of FISA powers is granted — a decision is expected by Jan. 19 — even that minimal firewall will be torn down. The government will need only to assert that a target is “related” to terrorist activity — a standard so minimal and so subject to liberal interpretation that it could easily be defined as reading articles (or doing internet searches) about terrorism.

Also, the government would be given the legal power to go after anyone it deems “malicious” — which could come to mean anyone who writes an article or voices an opinion critical of government policies related to terrorism. Including articles such as this one, which criticize lawmakers attempting to expand federal power without public discussion, by bundling it with unrelated legislation.

Republicans Sen. Rand Paul and Reps. Justin Amash and Thomas Massie are among the congressional leaders who want the FISA re-authorization to be unbundled and considered separately — with full public disclosure and debate before the proposed gutting of whatever’s left of our 4th Amendment protections takes place.

Seems minimal — given what’s at stake.

Same goes for leaving the medical marijuana issue up the states (and the people) to sort out — as the Constitution intended.

Republicans hold all three branches of the federal government. It ought not to be necessary to resort to end runs in order to restore some of the liberties Americans used to enjoy.

But sometimes, an end run is the only way to snatch back some of those lost liberties.