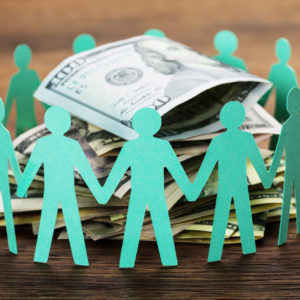 An Enduring Challenge to Philanthropy

It is hard to imagine that giving away millions of dollars for a public good could be so controversial. Such is the case when a philanthropist, whose money came from being a successful investor, gave to his high school alma mater in Pennsylvania.

As the community of these stakeholders rightfully sort out the oversight, use and effect of such a transformational gift and decide what is the appropriate way to thank the donor, the incident serves as a reminder for us that how money moves between and among the three sectors in our society (public, private and nonprofit) must be quite circumspect.

While generally the three sectors have their unique and important purpose, funding sources and modes of operation, the sectors are inextricably linked to one another, and when money is involved strange things can happen. For example, news stories are not rare in reporting elected officials who have set up bogus nonprofits to advance their own cause. Public officials have creatively moved money to a nonprofit and such money has found its way to these officials’ own cottage industry of services, thus reaping personal gain. And nonprofits have taken money from corporations to do good work but have been called out to ensure that such gifts do not bias research, steer programs and services to favored groups, or in the case of an advocacy nonprofit temper their voice on a controversial issue.

Each sector has its own fiduciary responsibility, and in the case of a public entity it must be aware of its social contract. Philanthropists and foundations giving large sums of money to a public entity is not as common as them giving money to a nonprofit group. (Glassboro State College became Rowan College of New Jersey after receiving a mammoth gift in 1992.) Each sector has its guiding principles, laws and best practices to advance its purpose and mission. But as is often the case, strange things can happen when money is involved.

It is precisely at these times of great largesse when those responsible for the entity must step up to ensure that they do the reasonable and responsible thing. In the early days of America, how money was made by these three sectors was manageable. Over time each sector expanded, and today the three sectors may compete head to head. For example, the public sector is experimenting more with privatizing services, some nonprofits become quite facile with unrelated business enterprises, and for-profit entities spin off nonprofit foundations to share the wealth and gain some good PR along the way.

So how do the rainmakers who want to do good avoid being seen as, if not bad, at least not acting in poor form? Simple — go back to the basics of good stewardship or public accountability. Any organization in any of the three sectors should review three basic questions of moving money. First, who is authorized to decide on how money comes in and how money goes out of the organization. Second, to whom should the money go? And third, for what purpose, and is it consistent with the purpose and function of the organization?

But what about the “politics”? Actually working through these three basic questions is politics. Politics is a process and the process itself is not normative. A good explanation of what is politics is who, gets what, why, how, when, and who pays? If the answers to “the politics” is reasonable, responsible and defensible, then let the money flow.

It is hard for almost all of us to imagine giving or receiving millions of dollars. The adage don’t look a gift horse in the mouth is good advice, but when the stakes are this high taking a look at the donors’ heart and soul is worth it, as delicate as it may be.

To expect to find a saint among donors is unrealistic, but the act of giving is still saintly. People give of their treasures for a myriad of reasons and donors should expect some latitude for what, if anything, is giving in return.

Let’s hope this crisis of how to handle the millions does not put a chilling effect on philanthropy. The lessons of “The Parable of the Workers in the Vineyard” (Mathew 20: 1-16), while seemingly unorthodox, could serve us well here: Why scorn one for being charitable?