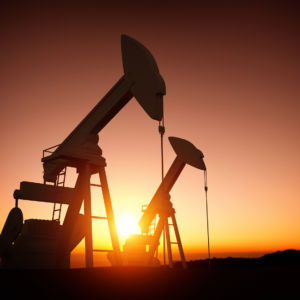 Energy Independence? We’re Not There Yet

In relatively quick order, the shale revolution has made North America the world’s top oil producer. Yet while shale production has dramatically cut reliance on Middle East and other imported oil, trumpeting our “energy independence” is premature.

To be sure, oil and gas extraction from shale has made us far more “energy secure,” but conflict and instability (routine in the Middle East and Africa but latent also in contested transport routes like the South China Sea), can pose cast major supply disruption risks.

Like it or not, we live in interdependent global oil and gas markets and, therefore, are vulnerable to price volatility. We can’t banish periodic sticker shock solely by drilling more oil wells. New production from shale augments global oil supplies without breaking free from price instability.

If complete national oil independence seems illusory, the emerging switch to electric vehicles (EVs) may portend a more comprehensive energy autonomy. As EVs shift from a niche transportation mode to the mainstream, in global terms the U.S. is slow to lead. Despite Elon Musk’s Tesla and his company’s new Gigafactory, China has pulled far ahead in the EV industry.

Beginning just seven years ago, China hiked up its subsidies for EV adaptation. Going electric can cut air pollution and reduce reliance on imported hydrocarbons. Beyond that, EVs offer China a path towards eventually capturing much if not most of the world’s car market, an especially tempting objective for Chinese carmakers frustrated by their small position in global markets.

China became the world’s largest oil importer after 2016. Today, about 70 percent of China’s oil comes from overseas. Beijing shares America’s reluctance to rely on OPEC for security of supply, but it also rejects ceding the protection of key oil and gas transport routes to the U.S. Navy.

For Beijing, a powerful maritime presence plus a switch to EVs provide a coherent strategy for energy security. Meanwhile, lithium-ion batteries are getting better and cheaper, and have now become a key driver of the EV transport revolution.

China has a daunting head start. Counting Tesla’s Gigafactory in Nevada, North America will only have five sizeable lithium-ion factories in operation by 2028. By comparison, China intends to have seventy such factories in the same year.

All the comparisons signal an invidious outcome. Still a centerpiece of the global industrial economy, automotive manufacture really does hang in the balance. Yet American EV policy scarcely merits mention, apart from modest tax breaks for those buying an EV. Admittedly, the words “industrial policy” are a put-off, especially to the current administration, but some investment prioritization seems imperative if we’re going to compete, let alone catch up with or even overtake China.

China has now become the primary producer of the top 10 minerals and materials vital to battery, solar and wind technologies — a trend impacting American defense industries, not just the automakers. In contrast to the U.S., China has integrated its domestic mines, and those its companies control into one overall energy and industrial strategy.

Consider US domestic mining assets, with trillions of dollars in confirmed, accessible mineral reserves. But these are increasingly ‘lost’ to commercial exploitation. Last year, the Commerce Department described the U.S. as “heavily dependent” on imports of 31 of 35 minerals deemed “critical” (the U.S. Interior Department’s words) to battery production. These include cobalt, graphite and lithium.

Reprioritizing the mining industry, if only for materials required by new energy technologies, seems overdue. Australian and Canadian practice shows how new mining approvals can be won without jettisoning environmental and worker safeguards. Contemporary environmental priorities, climate concerns, and manufacturing innovations are now all converging in EV development — itself a part of this century’s renewed emphasis on electric power.

It makes no sense to define ‘energy security’ as a mercantilist numbers game focused solely on hydrocarbons. Initially in thrall to that perspective, China now bets on becoming pre-eminent in a global electric energy future, a future cut free from OPEC squeeze plays and from turmoil in the Middle East, Latin America, or Africa. Will the U.S. acquiesce in this vision, accepting a marginalized place in the global economy?

A lot hangs on the answer.