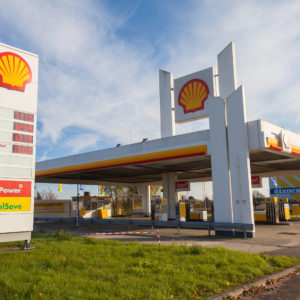 Why the Energy Industry Is Split on the Paris Climate Accord

As of Thursday, America is beginning to pull out of the Paris Climate Accord. Despite being a longstanding campaign promise by President Donald Trump, the move was contentious to say the least. Environmentalists lamented the announcement, while many conservatives hoped that leaving the climate agreement would provide a boost to the American economy. Somewhat unexpectedly, many major oil companies and other large corporations came out in favor of the agreement, reflecting the realities of shareholder pressure and operating an international business.

In a statement in the Rose Garden on Thursday, Trump stressed that the Paris Climate Accord hurt the American economy and American workers. Citing a study by the National Economic Research Associates, he said that the terms of the accord could cost America as many as 2.7 million lost jobs by 2025, and close to $3 trillion in lost GDP.

“The Paris Climate Accord is simply the latest example of Washington entering into an agreement that disadvantages the United States to the exclusive benefit of other countries, leaving American workers — who I love — and taxpayers to absorb the cost in terms of lost jobs, lower wages, shuttered factories, and vastly diminished economic production,” he said.

For some companies, the increased focus on climate change comes at the behest of shareholders. At its annual meeting in Dallas this week, ExxonMobil shareholders approved a proposal to force the company to release assessments of how technology advancement and global climate change policies could affect the company’s business. Company management had resisted the proposal, saying that their business plans were available through other reports, but others saw the vote as an important step toward broader climate change disclosure.

“This is an unprecedented victory for investors in the fight to ensure a smooth transition to a low carbon economy,” New York State Comptroller Thomas P. DiNapoli, a trustee of a retirement fund which co-sponsored the proxy resolution, told the Wall Street Journal. “Climate change is one of the greatest long-term risks we face in our portfolio and has direct impact on the core business of ExxonMobil.”

The Paris Climate Accord also created stability. At a shareholder meeting last week, ExxonMobil CEO Darren Woods urged the administration to stay in the agreement, saying that the industry “need[s] a framework like that to address the challenge of climate change and the risk of climate change.”

Additionally, although the United States has pulled out of the agreement, most European countries remain. This means that large corporations like BP and Shell, which are based in Europe, will still have to toe the politically correct line in their international operations.

Other companies are unlikely to abandon the goal of increased energy efficiency after spending billions on new technologies. General Electric, whose CEO Jeffrey Immelt expressed disappointment with the administration’s decision, has made reducing energy consumption a key part of its business. Ford also signaled that it would continue technology investments to make its vehicles more efficient and emit less carbon dioxide. The company also says that it is not abandoning long term plans to develop affordable fuel cells.

Some in the industry say that leaving the Paris Climate Accord increased market uncertainty and that companies are loathe to invest in expensive projects like nuclear power plants without some assurance that future policies will remain consistent.

“Executives are making multibillion-dollar decisions about assets that last decades. Suddenly injecting a bunch of uncertainty into the debate makes long-lasting, slow-to-build, expensive assets—like nuclear—even riskier,” said Michael Webber, deputy director of the Energy Institute at the University of Texas at Austin.

However, Trump’s decision has strong support from one key corner: the coal industry. Coal has been struggling to compete with cheap natural gas for the past several years, and Obama-era policies like the Clean Power Plan and the Paris Climate Accord only exacerbated the adverse business climate. Leaving the accord, like overturning the Clean Power Plan, has been a boon to the industry.

“In following through on his promise, President Trump is supporting America’s uncompromising values, saving coal jobs, and promoting low-cost, reliable electricity for Americans and the rest of the world,” said Robert Murray, controlling owner of Murray Energy.

Peabody Energy, a coal company based in St. Louis, also supported Trump’s decision, saying that remaining in the agreement “would have substantially impacted the U.S. economy, increased electricity costs and required the power sector to rely on less diverse and more intermittent energy.”

Some industry observers take a cynical view of the situation, saying that oil and gas companies have an incentive to promote clean energy standards that will force out coal.

“The only way to get the price of gas back up is to kill coal. The Paris Agreement kills fossil fuels, but it kills coal first,” Myron Ebell, director of the Center for Energy and Environment at the Competitive Enterprise Institute, told The Daily Signal.

For the time being, the only certain prediction is increased uncertainty. Although the regulatory environment has recently become more friendly to coal, natural gas remains low and provides a cheap way to produce clean electricity. Meanwhile, investor pressure and the uncertain future of Trump’s regulatory changes make companies hesitant to make dramatic investment shifts.