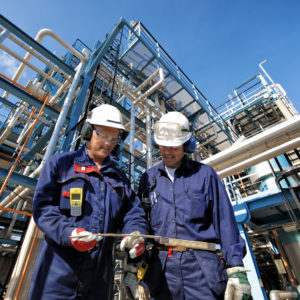 The United States of America was built quite literally out of the wilderness. The narrative of American history and progress is generally a technological one, focused on what the country built. Whether that construction project was the transcontinental railroad or a factory or an interstate highway, they all have in common a need for energy. As much as manufacturing, energy is a vital industry for the nation, one that provides millions of jobs directly, while allowing for the lights to stay on for the rest of the country. But because we have a reliable power supply that keeps the heat on during a winter storm, it can be all too easy to forget the hard work that keeps the country powered up and plugged in. That knowledge gap is something that Daniel Turner, the founder of the new group Power the Future, wants to close.

“There is an ethos in the national conversation of focusing on the forgotten individual, a sort of national re-echoing of people in rural communities–they are forgotten,” says Turner.

Not so anymore. Turner, himself a New Yorker, founded Power the Future to draw attention to the stories of the communities that rely on the energy industry to survive. While to some they might be considered “flyover country,” he stresses that they are welcoming communities where people have established strong family ties. However, changes in Environmental Protection Agency (EPA) policies or Department of Energy regulations can be enough to cripple the industries that keep areas like this alive.

Turner described traveling to areas of Kentucky where 80 percent of the population was employed in coal-related industries. Residents described how the mine had managed to remain open for decades, allowing the community to avoid many of the financial crises that had hit the rest of the nation, including the tech boom and bust and much of the housing boom.

What it couldn’t escape was the arm of the regulatory state. EPA regulations forced the mine to close and revise its policies several times over the years.

“After eight years, we had to close up shop,” Turner describes a former miner telling him. “We can’t even go to our senator and say, ‘Hey, we want to push back on this law, because there was no law.'”

Since the 2016 election, many Washington and New York-based journalists have made a show of trekking to West Virginia for a taste of “real” America, before retreating back to their respective cities. Turner sees his project as something longer term. Rather than advocating for policy changes, he says he created Power the Future to try to spark a broader attitude change by both promoting positive energy stories and by “raising the red flag for the rest of America” about the impacts leftist environmental policies can have on families and communities.

“Every time [environmentalists] ‘win,’ people suffer,” he says. “We are an energy-rich nation. Not only is that not being celebrated, but we can’t tap into those resources because someone 2,000 miles away doesn’t like it.

“Why is the governor of New York ok with people living in poverty rather than allowing energy jobs?”

Turner is passionate about his mission and compassionate towards the people and places he has seen since starting the project. Power the Future is focusing its first efforts in New Mexico and California, following the impacts of policies on the fossil fuel industry in those states. It’s a mission that Turner hopes will “do for energy what farm-to-table did for the restaurant industry,” showing consumers where the energy they use comes from.

In this goal he has harsh words for some of America’s celebrity environmentalists. While he does not begrudge people like Tom Steyer their wealth, he says that they should be held to the same scrutiny and questioning of “dark money” that other major donors would be.

“They care more about a polar bear they will never see than the man 300 miles away on unemployment and food stamps,” he says.

For too long, the messaging from environmental groups has implied that energy development and environmental conservation are mutually exclusive. Instead, Power the Future wants to show that the country can have both. The energy industry isn’t a demon. It provides the sorts of jobs that support families living in multi-generational communities and allows many of them to enjoy hunting, fishing, and other forms of outdoor recreation.