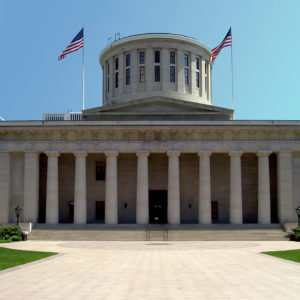 On the whole, fracking has been an economic boon for the U.S. Not only has the country as a whole benefited from cheap, relatively clean energy, but the fracking boom has brought jobs to areas of the country that had previously suffered from underemployment. Even so, many environmental groups remain dedicated to stopping fracking wherever possible. Earlier this year, a Pennsylvania-based group called Community Environmental Legal Defense Fund (CELDF) was pressuring the city of Youngstown, Ohio to put an anti-fracking measure on the ballot for its next local election. Having failed to pass the measure in November after it was taken off the ballot, the group is reorganizing, with the goal this time of amending Ohio’s state constitution to allow towns to ban fracking altogether.

“For years we have tried to protect our communities from harmful corporate projects. Today, we understand why we can’t get what we want: We are blocked by a system designed to force the harms in against our will,” said Greg Pace, a member of the Ohio Community Rights Network, which submitted the proposed amendment to the state attorney general.

“It is a system that refuses to recognize our right to govern our own communities. The Community Rights Amendment is the people’s way to change that,” he continued.

CELDF assisted the Ohio Community Rights Network in drawing together the proposed amendments. The group offered similar assistance to groups pushing for similar amendments in Oregon, Colorado, and New Hampshire, framing the debate as a matter of local control over land use. As of yet, none of the measures have been successful. In Colorado, the measure did not ultimately end up on the ballot in 2016. In New Hampshire, legislators have several times considered the measure, but it has yet to be on the ballot.

“This amendment secures the right of local, community self-government for the people of Ohio by guaranteeing local authority to enact laws to protect unalienable rights and the health, safety and welfare of community members and natural ecosystems, free from state preemption or corporate interference,” reads the Ohio petition.

It goes on to explain that, after the adoption of the amendment, “state laws won’t have the power or authority to preempt or overturn local laws enacted to protect the rights of community members and the local ecosystem.” The text also specifically limits “claimed corporate rights,” to override individual rights, likely alluding to the Citizens United decision.

In practice, the amendment would allow towns and local municipalities to pass their own regulations banning fracking within the city limits or on city land. This is likely an attempt to close a loophole in the earlier Youngstown fracking ban proposition, which many had pointed out would be in violation of the state constitution were it to have passed.

The road to even a state constitutional amendment is a long and bumpy one.  Thus far, CELDF has completed the first two steps in the process of adding the constitutional amendment to the ballot. In mid-November, the group submitted two petitions to Ohio Attorney General Mike DeWine, who certified the signatures. An additional 26 steps, including the drafting and certification of the ballot measure language, must be completed before the July 26, 2018 deadline.

According to the Ohio attorney general’s office, more than half of the proposed measures fail to make it onto the ballot. CELDF is still at the early stages of this process, having yet to form a political action committee, which would allow it to launch a statewide campaign promoting the ballot measure.

CELDF’s announcement comes on the heels of a crushing defeat in a special local election in November. Bowling Green voters solidly rejected a measure that would have blocked pipelines from carrying natural gas and oil through city-owned property. The measure lost by a 61-39 percent margin. Thus far, CELDF has been defeated in 29 out of 35 attempts to pass local anti-fracking ballot measures in Ohio.

Like the Youngstown fracking ban, the wording of the proposed amendment has already raised concerns with its sweeping scope. The language of the petition explains that the measure goes beyond the fossil fuel industries and would allow local laws to supersede state laws on any issue, since the proposed amendment does not place limits on the issues.

Given the uncertain future of the ballot measure’s success, CELDF’s campaign is likely to do little more than cost Ohio taxpayers. In Youngstown alone, the cost of running elections for CELDF’s previous failed anti-fracking ballot measures has already cost taxpayers more than $187,000 and was most recently rejected by the Ohio Supreme Court in November. The cost to go through the motions of a constitutional amendment would doubtless be even higher.