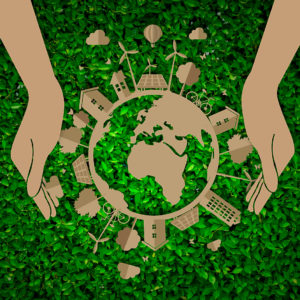 Environmental Justice Resides in Green Limbo at the EPA

For some on the left, justice comes in many forms. There is not just social justice, but also reproductive justice, which seeks to support access to birth control and abortion, and now environmental justice. The term itself is not new. Environmental justice emerged as a concept in the late 1970s and early 1980s, when the environmentalists used civil rights laws to successfully challenge the siting of a new waste facility. Since then, the rhetoric of environmental justice has been adopted by groups protesting energy infrastructure development, including the Dakota Access Pipeline. So far, the movement’s arguments have gained little traction with the Trump administration, but its influence appears to be growing. Three representatives have introduced legislation to create an executive office of environmental justice, as well as an environmental justice grant program.

“We must act to remedy both the short- and long-term effects that environmental injustice has on communities of color, low-income families and other marginalized groups,” said Rep. A. Donald McEachin, D-Va.

The program has a proposed budget of $16 million.

“When it comes to higher rates of asthma, dangerous air pollutants, adverse health and even death at the hands of climate change, communities of color and people living on low incomes are paying a disproportionate price. Yet the Trump administration has erroneously proposed slashing funding for critical environmental justice programs,” said Rep. Pramila Jayapal, D-Wash.

The proposed bills are being supported by a variety of groups, including local governments, minority rights organizations, and environmentalist groups.

“Environmental justice means that every community, regardless of race, income, or country of origin, deserves to breathe clean air, drink clean water, and be protected from harmful substances in our environment,” said Supervisor Hilda Solis, 1st District of Los Angeles County, who spoke in favor of Congressional action. “Unfortunately, we have seen two Americas for too long, where poor, working-class families are ignored while affluent neighborhoods receive immediate attention and relief.

McEachin and Jayapal, along with Rep. Nanette Diaz Barragan, D-Calif., formed the United for Climate and Environmental Justice Task Force in April. Comprised of members of the Congressional Black Caucus, Congressional Hispanic Caucus, and the Congressional Asian Pacific American Caucus, the group was to look at the impacts of global warming on communities of color and other marginalized groups.

The new bill is not the first time that the EPA has addressed the issue of environmental justice. The EPA currently recognizes the issue and accepts advice and recommendations from the National Environmental Justice Advisory Council, which was created in 1993. The NEJA includes representatives of minority organizations, civil rights groups, NGOs, universities, Indian tribes, and state and local governments. Currently, the NEJA works to ensure that people across the country have access to “the same degree of protection from environmental and health hazards” and equal access to the political decision-making process to ensure them “a healthy environment in which to live, learn, and work.”

Under the Obama administration, the EPA prioritized environmental justice and devoted additional resources to developing guidelines and procedures for addressing income- and race-based disparities in environmental protection. Environmentalists are concerned that with Scott Pruitt in charge, the EPA will shift its focus from addressing income disparity, to instead look at industry concerns.

Trump’s proposed budget looked to cut EPA spending by a third and put the Office of Environmental Justice on the chopping block. In response to the proposed budget, Mustafa Ali, a senior adviser and assistant associate administrator, resigned in March.

“When I hear we are considering making cuts to grant programs like the EJ small grants or Collaborative Problem Solving programs, which have assisted over 1,400 communities, I wonder if our new leadership has had the opportunity to converse with those who need our help the most,” Ali wrote in his resignation letter, before encouraging the administration to promote efforts to value the communities’ concerns.

“The Trump administration’s plans to scale back enforcement efforts by cutting resources and personnel are particularly important,” writes David Konisky, an associate professor of public and environmental affairs at Indiana University.

“Because major sources of pollution, such as power plants and oil refineries, tend to be in poor and minority areas, any changes that result in more lax enforcement of environmental rules will disproportionately affect these communities,” he says, pointing out that budgetary pressures make it doubtful that states will be able to provide similar programs.

For the time being, environmental justice lives in an odd political limbo. The proposed bills have been sent to the relevant committees, but have yet to be placed on the legislative calendar. With Republicans in control, it is unlikely any action is taken. Meanwhile, environmental justice is growing as a grassroots priority.

Despite its lack of federal funding, environmental justice is becoming a more normative element of mainstream political discussion. One sign of this occurred on Tuesday, when a student group at the University of California-Davis sent an open letter to the university’s College of Agricultural and Environmental Sciences, demanding the creation of an environmental justice major and minor.

“Concerns of environmental justice inclusion in the environmental science education is (sic) an eminent issue at UC Davis,” the letter states. The new programs would be an expansion on courses already offered by the university.