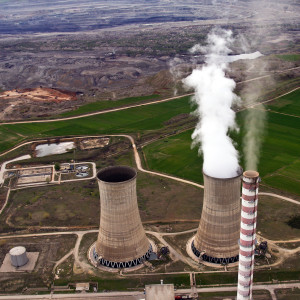 Coal has been crumbling. Over the last decade, more stringent environmental regulations and the sudden increased availability of cheap natural gas from North Dakota has dramatically reduced the market for coal. Coal got a boost on Monday, though, when the U.S. District Court ruled against the Environmental Protection Agency and in favor of Murray Energy Corporation and eleven other regional electrical energy providers.

When bringing the case forward, Murray Energy Corporation argued that their interests were harmed by the EPA’s refusal to evaluate the impact of its policies on both the American coal industry and its hundreds of thousands of employees.

The court’s decision held that the EPA was legally required to provide evaluations of “potential loss or shifts in employment” caused by four different greenhouse gas regulations. Writing for the court, Judge John Preston Bailey gave an extensive review of the history of the Clean Air Act and its amendments, before giving the EPA a sharp rebuke.

“[The] EPA cannot redefine statutes to avoid complying with them,” writes Judge Bailey. “Nor can EPA render them superfluous or contrary to their original purpose simply by defining them to be.”

The requirement to report potential employment effects stems from debates over the 1977 amendments to the original Clean Air Act. In these debates, Congress “directly confronted the issue of potential job loss and other negative effects on regulated industries” and mandated that the nascent agency study and consider these side-effects when drafting new regulations.

Both sides agreed that the release of information that could document threatened business closures and unemployment could sway public opinion against the EPA’s actions. In this particular case, the coal industry was concerned that the EPA’s Clean Air Act regulations had affected and would continue to affect the market for coal, doing significant economic harm to both the companies and their employees.

Already, coal production has fallen 24 percent between 2008 and 2015, in what an industry expert called “direct result” of EPA regulatory changes.

“EPA does not need to kill a company to injure it,” writes Judge Bailey of the changes.

The EPA had in the past filed documents explaining the expected results of its regulatory changes. More recently, for reasons left unexplained, it had ceased to do so. In 2011, even in the face of repeated requests by members of Congress, including requests from then Chairman of the House Oversight Committee Darrell Issa. Only after a formal Freedom of Information Act request did the EPA, in 2013, provide 64 pages of documents which it claimed fulfilled the requirements.

However, the documents, with their “seemingly random additions” were found not to constitute the required evaluation of employment loss and shift. Now the agency is required both to undertake the employment survey and to share the results of its findings with the coal companies. The judge ordered the EPA to provide a plan and schedule for compliance within two weeks of the ruling.

Industry groups immediately hailed the decision as a victory for workers and firms over encroaching government regulations.

Murray Energy Corporation president Robert E. Murray said, “This is a great day for coal miners in the United States, and for all citizens who rely on low-cost electricity in America.”

“America’s coal miners scored an important victory today when a federal court told EPA that it could no longer ignore its ongoing responsibility under the Clean Air Act to evaluate the job losses arising from its stream of regulatory actions,” said National Mining Association president Hal Quinn, who praised the decision for rebuking the agency and enforcing the requirement that EPA “later verify the actual outcomes [of its policies.]”

“Murray Energy Corporation has performed a great service not only for coal miners but all American workers whose jobs are imperiled by unbalanced regulations imposing great costs with little if any measurable benefit,” he said.

Since 2008, more than 400 coal-fired power plants have either been closed or marked for closure by the EPA, a move with significant impacts both for energy price, as well as employment in the mining industry.

The EPA itself has not released a formal statement. When contacted, a press representative said only that the agency was reviewing the decision.