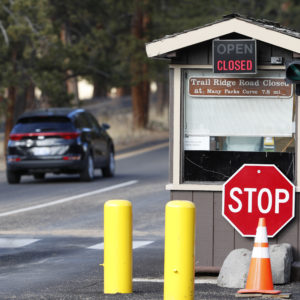 EPA, National Parks Service Show How Effects of Government Shutdown Can Be Minimized

Early Monday afternoon, the federal government’s most recent shutdown came to an apparent end, with Senate Democrats signaling their agreement with a proposal that would fund the government through February 8. For most of the country, the government shutdown was a minor event. Even in Washington, D.C., the 80-hour shutdown seemed more like a long weekend, than a budget showdown. This was a sharp change from Obama-era shutdowns. The reactions of two agencies in particular–the Department of the Interior and the Environmental Protection Agency–show the political theater at play during shutdowns and how changes in leadership can lessen the impact a shutdown has for Americans.

“The Federal government’s dysfunction has tried to close it down symbolically. We will keep it open literally,” he continued.

Keeping the Statue of Liberty and Ellis Island open was projected to cost the state about $65,000 for each day of the government shutdown. At the Grand Canyon, private donations funded garbage removal, restroom maintenance, and snow removal. Across the country, many parks, which could be opened with relatively small staffs, did not close, even though updates to the National Parks Service site stopped.

Government shutdowns generally employ a certain amount of political theater. The aftermath of the government shutdown in October 2013, however, has changed what actions administrative agencies, including the National Parks Service take. In 2013, the images of closed parks and veterans turned away from open-air memorials generated a negative public backlash and garnered Congressional attention.

Rep. Doc Hastings (R, Wash.), then chairman of the House Committee on Natural Resources, wrote to the National Forest Service for additional information about the national park closures, specifically questioning “what discretion does the Forest Service have in the expenditure of non-appropriated funds” during a shutdown.

These non-appropriated funds are at the heart of the differences between 2013’s shutdown and this year’s and demonstrate the amount of flexibility government agencies have in how they handle a government shutdown. If agencies still have funds in their budgets, they may be able to remain open for a brief period of time even without a continuing funding resolution.

This was the strategy adopted by the EPA. Last week, with a shutdown looming, EPA Chief Administrator Scott Pruitt sent a memo to his employees informing them that the agency “has sufficient resources to remain open for a limited amount of time” and instructing them to follow their normal work schedule for the week of January 22 in the event of a government shutdown.

An EPA document released in December 2017, which laid out the agency’s policies in the event of a future shutdown, explained that the agency may exempt certain activities from the shutdown if they are funded by previous appropriations. However, the document also said that during a shutdown, some 94 percent of the agency’s staff would be furloughed. That this did not in the end take place shows that agency administrators have a significant amount of leeway in terms of the effects of a short term shutdown.

After the 80 hours of shutdown, the impacts of the squabble seem to be largely political. Both the EPA and the Parks Service show how the agencies themselves can influence the experience of a shutdown. In the end, it largely boils down to politics.

The decision to keep the monuments open is a specific choice on the part of the administration, says Randy Simmons, a senior fellow at the Independent Institute and at the Property and Environment Research Center.

“The normal reaction under either party has been to use the Washington Monument Strategy, which is to create as much pain for voters as possible by denying them access to a park or monument,” said Simmons, who explains that the ploy has a long history.

“The earliest occurrence I know of was when the NPS was facing budget cuts in 1968. They closed the elevator in the Washington Monument and told visitors they had to take the stairs because the NPS could not afford to operate the elevator,” he continued.

The Trump administration has bucked this trend, doing its best to continue operations to the best of its ability during the shutdown. Given how frequent government shutdowns have become, however, no one can say if the same will be true of any future shutdown.