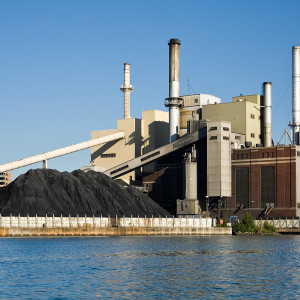 Both as a candidate and after taking office, President Donald Trump has pledged support for American coal. Through an executive order, he also set Federal agencies to the task of reviewing burdensome regulations, including the Clean Power Plan, a rule that would have reduced emissions from power generation. On Tuesday, the Environmental Protection Agency (EPA) rolled out its long-awaited replacement for the CPP, the Affordable Clean Energy (ACE) Rule.

“The ACE Rule would restore the rule of law and empower states to reduce greenhouse gas emissions and provide modern, reliable, and affordable energy for all Americans,” said EPA Acting Administrator Andrew Wheeler. “Today’s proposal provides the states and regulated community the certainty they need to continue environmental progress while fulfilling President Trump’s goal of energy dominance.”
The ACE Rule shifts greenhouse gas regulatory authority back to states, setting “emissions guidelines” so that states can develop and then submit to the EPA their plans to establish standards of performance for coal plants. The goal is to reduce CO2 emissions through on-site efficiency upgrades.
According to the EPA’s fact sheet, replacing the CPP with the ACE Rule could result in $400 million of annual net benefits by reducing compliance costs. Energy prices are expected to be slightly lower than they would be under the CPP, while 2025 CO2 emissions would be reduced by between 13 and 30 million short tons, compared to without the plan.
The ACE Rule also works to encourage plants to update their technology by modifying EPA’s New Source Review (NSR), an analysis sparked when a generator makes a major output change.
“Under this approach, only projects that increase a plant’s hourly rate of pollutant emissions would need to undergo a full NSR analysis,” EPA said. “This proposal would ensure that coal-fired power plants can appropriately and efficiently reduce their CO2 emissions without undue burden or disruption.”

The CPP was finalized in 2015, but never took effect. A 2016 Supreme Court decision agreed with coal plant operators that the rule, as written, would force them to subsidize their competition. Since then, the CPP has been a sticking point for supporters of domestic energy, who see it as an EPA overstep, and environmentalists, who think the program is necessary to stop global warming.

Democrats have blasted the ACE, saying that it continues the administration’s trend of supporting business and industry interests over the health of people and the environment. While the CPP would have reduced emissions by 19 percent, the replacement plan only reduces them by about 1.5 percent by 2030.

House Minority Leader Nancy Pelosi (CA) called it a “brazen special interest handout,” that threatened the health and safety of present and future Americans. She pledged that Democrats were committed to working for a clean energy future and would continue to push for effective environmental regulation.

“Time after time, the Trump Administration has sold out our children’s health to enrich special interests and big polluters pushing their toxic agenda,” she said in a statement. “From pulling out of the Paris Agreement, spearheading reckless executive orders to undermine clean air and clean water, to giving polluters the green light to contaminate our communities, the Administration is devastating Americans’ health every chance it gets.”

Environmentalists agree, saying that the ACE Rule only adds to the Trump administration’s shameful environmental policies.

“The world’s on fire and the Trump administration wants to make it worse,” says NRDC president Rhea Suh. “This Dirty Power Plan is riddled with gimmicks and giveaways. It would mean more climate-changing pollution from power plants. That’s a recipe for climate disaster.”

However, coal fired plants are pleased with the new rule, especially the regulatory authority it returns to the states.

“In contrast to the illegal Clean Power Plan, EPA’s proposal is based on a correct reading of the Clean Air Act,” said Michelle Bloodworth, president and CEO of America’s Power (ACCCE), an alliance of industries involved in coal electricity production. “The Clean Power Plan would have caused more fuel-secure coalfired power plants to retire prematurely even though policy makers have become increasingly concerned that coal retirements are a threat to grid resilience and national security.”

The EPA will take comments on the proposed rule change for 60 days before it takes effect.