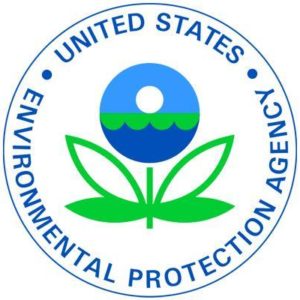 A unique event in regulatory science just happened. One that could only have occurred in the rock ’em, sock ’em Trump era.

An Environmental Protection Agency science advisory panel informed the EPA administrator that 25 years and $600 million worth of the science underpinning the agency’s flagship air quality regulatory program is essentially worthless. Many of these problems are discussed in a new report from the Texas Public Policy Foundation, “The EPA’s Pretense of Science: Regulating Phantom Risks.”

Though this is a huge victory for those of us who have been critical of the EPA “science” for decades, it has come almost too late. The Clinton, Bush and Obama EPAs used this “science” to inflict trillions of dollars’ worth of compliance costs on Americans, not to mention incalculable lost economic opportunities.

The EPA’s Clean Air Act Science Advisory Board wrote to Administrator Andrew Wheeler on December 16 that the agency’s most recent assessment of the health effects of particulate matter like soot and dust (PM) in outdoor air is not comprehensive, systematic or adequate for determining that PM caused health effects.

The immediate regulatory implication of the letter is to inform Wheeler that there is no scientific basis for further tightening of the national air quality standard for PM, consideration of which EPA is undertaking as required by the Clean Air Act.

PM in outdoor air was first weaponized by the Clinton administration in 1997 as part of its controversial bid to tighten the air-quality standard for ozone (ground-level smog), then estimated to impose as much as $100 billion worth of compliance costs per year. EPA tried to offset these costs by claiming that its new standards would prevent 20,000 premature deaths per year. When valued at $5 million per prevented death, the ozone regulation was magically paid for.

Reluctant to challenge anything environmental, the Bush administration failed to get a grip on the EPA and the agency staff proceeded to strengthen its PM case not with better science but rather with more science. Hundreds of millions of dollars were spent to get thousands of papers published claiming that PM killed.

The stage was then set for the Obama administration, which launched the war on coal behind the claim that reducing coal plant emissions via regulation would prevent tens of thousands of premature deaths every year. Obama EPA administrator Lisa Jackson even testified to Congress that PM “doesn’t make you sick …  it just kills you,” and that if PM was adequately regulated, as many as 570,000 lives could be saved every year.

Not only did the Obama EPA continue to ignore congressional requests for the underlying scientific data but it also ignored a House subpoena for the data.

By stiff-arming Congress and rigging the statutorily mandated scientific review process, EPA successfully prosecuted the war on coal, driving the largest coal companies into bankruptcy and erasing 94 percent of the market value of the coal industry.

Then came the Trump administration.

The first thing to go was the EPA’s system of “pal review” from its outside science advisers. With new conflict-of-interest rules, Trump EPA administrator Scott Pruitt banned agency grantees from serving as reviewers. Pruitt then proposed to ban reliance by the agency on scientific data that wasn’t made publicly available upon request, setting off a furious response ginned up by those hiding their research data. Pruitt’s successor, Wheeler, then dissolved the extant panel of Obama administration-chosen PM science advisers.

And after available science advisory panel slots were filled with Trump administration picks, a more balanced board of science advisers has now, by majority vote, returned the panel back to where it was in 1996, when it first advised Clinton EPA administrator Carol Browner that the EPA had no evidence that PM caused premature death.

The claims, actions and consequences of this EPA saga have been extraordinary. Massive funding of university researchers to make dubious claims of mass death, arrogant hiding of taxpayer-funded scientific data, agency disregard for congressional oversight, rigged peer-review, destruction of the coal industry, huge ongoing compliance costs and much more.

And the drama is far from over. Wheeler will in 2020 make the final decision on the air-quality standards and the science transparency rule. Meanwhile the other side is furiously working to undermine both efforts while doubling down on their claims that PM kills. But their data remains secret.