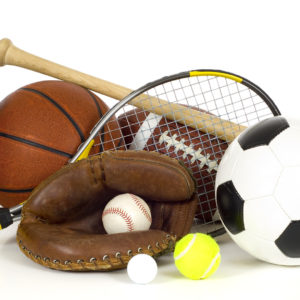 Equality in Sports Should Be on the Women’s Equality Agenda

August 26 was National Women’s Equality Day. It is the day back in 1920 when the 19th Amendment, which gave women the right to vote, became law in the United States. There were commentaries, articles and speeches celebrating how far women have come and diatribes about how in some areas they are “still being kept back.”

Here is one novel equality idea that is surprisingly contentious, even among the staunchest women’s rights activists: Men and women should compete together in non-contact sports — at least at the elite level.

Regardless of what the sports, social-cultural, political and business commentators say about a woman’s athletic accomplishment, there will always be one stark qualifier to her performance: It was a women’s event. It’s time we question why elite athletes in non-contact sports are divided.

While women have always played a significant role in the workplace, they have now encroached to all occupations from astronaut to welder. Why should sports be any different?

Naturally, we all understand there are anatomical differences between men and women. However, when comparing abilities, especially at the elite sports level, we are talking about matters of degree of performance, not matters of principle in gender. For example, a 6-foot-6 person (male or female) would easily outperform a 5-foot-5 person (male or female) in dunking a basketball. The reason is simply a matter of degree of performance capability, not a matter of principle of being male or female.

We know it is not true that any man can beat any women in a sport.  Human performance is measured for all on a continuum of performance, not as it relates to one’s sex.

The difference between male or female has no significant bearing for how one will perform in most non-contact sports. Is there a gender difference in principle for how one performs in archery, badminton, canoeing, sharp shooting, diving, equestrian or fencing? The list could go on! Why do men and women continue to compete separately in such events?

One could argue that socio-cultural constructs have historically favored men in certain sports. But arguments made along characteristics other than gender for who performs well in a sport have proven to be weak. For example, the notion that African-Americans “don’t play golf” or African-Americans “are not good at” ice hockey have proven to be nonsense. Most field hockey players in the United States are women; most field hockey players in India are men. This is a result of a social-cultural construct.

Even if socio-cultural forces are strong for some sports, have we not advanced enough to look past stereotypes? Let’s take a close look at the real gender segregation in sport. The arguments for separate competition for men and women in sports are a contradiction to the “no significant difference” rationale that has allowed women to erase any dividing lines in capabilities in life.

Those who argue to keep the competition separate validate a pervasive binary belief structure that ostensibly those fighting for women’s equality are against; and it undermines a fundamental concept that athletic performance among all people occurs along a continuum. If we continue to segregate men and women in sports, we de facto support the social, political and economic practice that women inherently are disadvantaged; and, therefore, “separate but equal” is just fine.

There should be no dividing of men and women for where and what they do at home and at work. Let’s add play to this list. This is a novel call for this National Women’s Equality Day. In the future, we should be wishing elite athletes well with: “And may the best person win!”