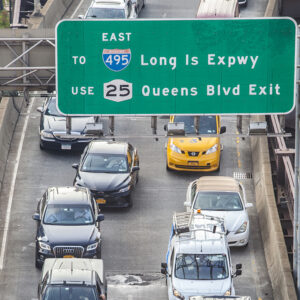 With great reluctance, my wife, the ever comely Suzanne Hall, and I are leaving New York City.

It is because of the socialist, police hating, loony left that let the city and state burn while imposing the highest taxes in the nation. It is driving out the wealthy who pay a huge part of the tax bill along with the rest of us. The people who stay will inevitably be hit with higher taxes while government services, never too good to begin with, will surely worsen.

It sickens me. In part, we leave because, until about five years ago, New York City was a relatively safe city. It was a city that fought its way back from the crime sprees of the early 1990s by employing the broken windows theory of crime-fighting. The latter held that, if one ignored the small crimes, if one made a point of allowing little crimes to happen, then very bad times would follow. So fare beaters and aggressive beggars were stopped.

Democratic Socialist Bill de Blasio, the mayor who years before gloried in taking his honeymoon in Communist Cuba, was all in destroying the triumphs of the broken windows philosophy. He, along with his hated rival, our now-disgraced former New York governor, hooligan Andrew Cuomo, let looters run roughshod in the riots of 2020.

Cuomo’s no bail law meant people were walking the streets who had been arrested dozens, sometimes, hundreds of times. Mentally ill people, who often attacked people with weapons, were allowed to wander the streets, a problem that continues to plague the Rancid Apple. One neighborhood on the West Side of Manhattan has some five homeless shelters. My neighborhood had one of these shelters. Our local police precinct had to keep a car there constantly.

The riots of 2020 destroyed the faith of many New Yorkers, who have been hitting the road in numbers so big that Cuomo offered to buy drinks for people who decided to return. But free booze wouldn’t bring them back. They no longer believed that their city and state officials, almost all Democrats, would enforce the laws. My wife, who loved our theaters (she is a playwright), said basta ya! She no longer went to shows in Manhattan on the dangerous New York City subways.

She also shunned the more reliable Long Island Railroad. While it offered better service than the horrid subways, the problem was you ended up in Penn Station. It became a place so horrid that a local radio station, 77 WABC, decided to move its offices from Two Penn Plaza because of complaints from the staff.

But in my household, my wife’s sentiments were the same as many New Yorkers who have and will move from the city: “I’ll never forgive them,” she said of our putrid pols as we decide to move, “for not enforcing the law; for putting us in danger.”

By the way, the Manhattan District Attorney, Cy Vance, decided to drop charges against the thousands of rioters who ran wild in the summer of 2020. De Blasio went along with defunding the police. There was a billion-dollar cut in the police budget sent to him by the radical left City Council. He never objected and signed it into law. De Blasio was actually busy writing Black Lives Matter on the street outside out of Trump Towers as though that helped anyone or even had an effect on him. Trump had skipped town for Florida.

The Socialist Democratic/Radical policies left a physical and psychological scar that will damage the city for a long time.

Yet this was once a much better city. The city the feckless Bill de Blasio inherited some eight years ago was one in which two mayors, one Republican and one moderate over the previous 20 years, continued to maintain the welfare state but did it with sanity: They maintained law and safe streets. They also acknowledged that, without a strong private sector, the city and state couldn’t pay for the services that prevented the municipality and state from slipping into disaster.

Things have been going bad for New York City for several years. But last year the rot became apparent to millions of New Yorkers.

This rot of lawlessness, of the productive people being shown the door because the rot comes crashing down on them, is something the next mayor will face. There is a question whether the mayor will be up to the task.

It is going to require a person of extraordinary talent. It will require another Little Flower, La Guardia, or a Rudy or a Koch. Where do we find one?

My fear is that New York City could become the next Baltimore or Newark, New Jersey. Pace Sinclair Lewis, it could happen here. And if it could happen here, in the U.S.’s leading city, its financial capital, bad things can happen anywhere in this nation. Remember Baltimore and Newark were once great cities. I hope someone isn’t writing that about New York City a few years from now.