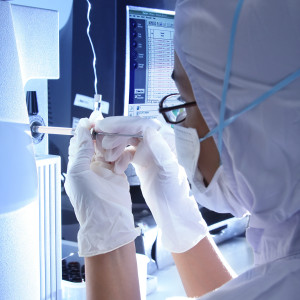 As health care expenses continue to rise in the United States and patients struggle to keep up with costs, countries across Europe are driving lower prices and increasing access to treatments for chronic and painful conditions through the advancement of biosimilar drugs.

As some of the world’s leading experts in this burgeoning drug sector meet this week in Bethesda, Maryland, attention should be given to how the United States can similarly begin realizing the benefits of increasing access to these lower-cost treatments, which will help more patients suffering from debilitating illnesses.

Biosimilar drugs are versions of “biologic” drugs, which are used to treat conditions such as cancer, anemia and autoimmune disorders. While biologics are a revolutionary medical breakthrough, they are also complicated and costly to develop, which leads to high prices for patients. Some biologic treatments can cost as much as $50,000 a year.

Biosimilars, however, provide the exact benefits as biologics — with no differences in safety and effectiveness — while costing anywhere from 15 percent to 35 percent less. They have the potential to deliver tens of billions of dollars in cost savings to the U.S. health care system and increase access to care for patients.

But these benefits will be realized only through the increased acceptance and use of biosimilars in the United States, which is happening more slowly than in Europe, Australia and South Korea. Currently, only seven biosimilars are approved for use by the Food and Drug Administration, and just three of those are available to patients.

While there are a variety of factors slowing the development of the American biosimilars marketplace, one of the biggest obstacles is a lack of awareness and understanding among physicians and patients about the safety and efficacy of biosimilars.

A survey of specialty physicians commissioned in 2016 by the Biosimilars Forum found that while nearly 80 percent of respondents were aware of biosimilars, knowledge of their efficacy and safety was far lower. Only a little more than half of respondents knew, for instance, that the FDA must find a biosimilar to be equally effective and safe as compared to its originator biologic. The survey also identified knowledge gaps among respondents regarding the interchangeability of biosimilars and the regulatory pathway for federal approvals.

By contrast, the European Union and other nations have long recognized the benefits of a vibrant biosimilars marketplace. In the European Union, where biosimilars have been used for more than a decade, more than 20 different products are available to patients. This has generated more than 700 million patient days of clinical experience and evidence demonstrating the quality of biosimilar treatments.

Biosimilars are increasing access to care in Europe. For example, from 2006 to 2013, availability of the biosimilar filgrastim, which is used to treat neutropenia, an abnormally low concentration of white blood cells critical to fighting infection, led to 44 percent more patients gaining access to treatment. Biosimilars are expected to save the EU up to $44 billion in health care costs by 2020.

Most important, the EU is realizing the benefits of biosimilars without sacrificing safety or quality. Of the biosimilars approved since 2006, none have been withdrawn or suspended for safety or efficacy reasons. Further, regulators have not identified any differences in the nature, severity or frequency of adverse effects between biosimilars and biologics.

Europe, Australia and others are advancing biosimilar use and acceptance in part through national education campaigns that raise awareness about the benefits of biosimilars and offer incentives leading to further adoption of their use. What’s clear is that the more physicians and patients understand biosimilars, the more likely they are to embrace them.

It’s encouraging that regulators in the United States are continuing to take important steps to boost biosimilars by providing guidance to manufacturers and approving new products, including two recent approvals by the FDA. But to build a more robust biosimilars marketplace, this regulatory action must be coupled with education and policies that increase awareness and acceptance of these important drugs throughout the health care system.

The EU’s decade of experience with biosimilars provides real-world evidence for how safe and effective these treatments are for patients, and how they can drive cost reductions across health care systems. The United States has an opportunity to begin realizing these same benefits, and events such as this week’s Biosimilars Conference offer important platforms for advancing the promise and potential of biosimilar drugs for American patients.

Stacie Phan is president of the Biosimilars Forum.