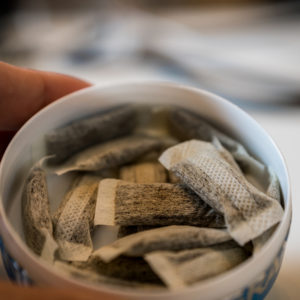 Posted to Technology May 20, 2019 by Michael McGrady

Despite its approval of the IQOS heat-not-burn system for sale in the United States, the Food and Drug Administration continues down a troubling path that could lead to the prohibition of certain nicotine products. While we can rest assured modified-risk cigarettes or non-tobacco oral nicotine alternatives like Zyn will not be removed from the market in the United States, an analysis of what comes with specific nicotine prohibitions is required.

If we are honest, the FDA is more likely to ban liquid nicotine juice found in e-cigarettes and vaporizers as Australia did. However, what lessons can we learn from other specialized nicotine bans in the world currently in place? The European Union bans the sale of snus, a pasteurized oral tobacco snuff that is commonly associated with Sweden and the tobacco company Swedish Match.

Sweden and certain Scandinavian jurisdictions are the only places in Europe that allow the legal sale of snus. EU regulations under the bloc’s tobacco products directive prevent snus but allow combustible cigarettes and other types of oral dips. Sweden has an exemption only because the country made it a requirement to protect the legality of the product as a condition of joining the Eurozone.

Often called the “Swedish Experience,” the EU’s own health data show that smoking rates in Sweden are at 5 percent and dropping. A plethora of research has conceded that this is due to the prevalence of snus among former-smoking populations across the country and the risk associated with using snus versus combustible cigarettes is wide. Snus is considered 5 percent the risk of smoking with some of the only health risks associated with using the pasteurized alternative being oral health and nicotine use addiction in new users. Snus, luckily, is one of the cleanest forms of delivery for nicotine users and the health effects on the population are evident.

Why does the EU ban snus then? That is the million-dollar question. Activists have long argued that the ban on snus is politically motivated. In a decision handed down from the European Court of Justice, an appeal from the pro-snus New Nicotine Alliance was denied with the presiding judges arguing that there is no reason to legalize snus across the bloc. Snus advocates argued that while there are economic motivations to support the sale of snus, the real reason is that snus has been proven to be a harm reduction product for smoking cessation. Snus is not a harmless product, but it is safer given its relative risk to combustibles.

According to the court documents of that case, the justifications for retaining the ban that was established in 1992 emulate much of what is being argued in the United States for non-tobacco flavored e-juices and vape products.

“If (snus) products were to be introduced onto that market, they would continue to be novel as compared with other smokeless tobacco products and tobacco products for smoking, including cigarettes, and would accordingly be attractive to young people,” the court ruled. Similarly, FDA has adopted a “put the children first” mantra with regulations related to vapes and e-cigarettes being additionally restrictive for novel products in either regulatory regime.

Both of these justifications from the European Court of Justice and the FDA’s approach are based on cases of moral panic associated with nicotine use.

Considering the case of Europe specifically, the moral panic argument applies well when regulatory authorities purposefully hegemonize the public’s understanding of nicotine and harm reduction products. This was the finding of an illuminating study published in the academic journal Addictive Behavior earlier this year.

The Rutgers-based research team concluded that if adverse facts are communicated to nicotine users, then their health will be at risk given the fact that they are making bad decisions for their health. This type of case is indicative of restrictive regulation and prohibition policies for any substance, product, or service. The only difference with the case of snus in the EU and e-cigarettes in the United States is that snus is already banned. One of the main unintended consequences with the ban on snus is the failure of the EU to accept sound harm reduction policy. A transcript of the European Court of Justice trial from last year showing that the legal counsel representing the European Commission, European Council and the European Parliament cited misinformed facts.

Consumer Choice Center policy analyst Bill Wirtz wrote at the end of 2018 that the findings of the European Court of Justice were nothing but political due to a history of policy that prioritizes certain tobacco products over others. The FDA’s approach to regulating e-cigarettes is that the agency is down an aggressive regulatory path not too far off that of Europe’s.

Snus products have fared well in the premarket approval processes required by the Obama-era Tobacco Control Act of 2009. Swedish Match, however, still is cutting its teeth in the applications for modified-risk product classification. While the EU tobacco product directives are more advanced regulatory policies, we need to remember that any tobacco and nicotine product developed to lead smokers away from combustible drug delivery will be met with skepticism. As a result, this is a sentiment and a significant offense to public health in any jurisdiction.