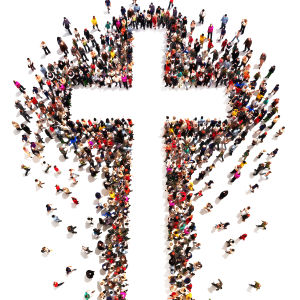 ‘Evangelical’ Is Not a Political Identity

Time magazine declared 1976 the “Year of the Evangelical.” Before that most Americans had little idea what an “evangelical” was. However, the National Association of Evangelicals, a cooperative group of about 50 Protestant denominations, formed in 1942. The founders of the NAE chose the label “evangelical” to distinguish themselves from fundamentalists. Before 1942 “evangelical” and “fundamentalist” were nearly identical terms.

During the 1976 presidential election, candidate and then president-elect Jimmy Carter publicly identified himself as an “evangelical.” He was identifying himself with a specific “flavor” of Protestant Christianity — the same one as the founders of the NAE. That flavor, according to evangelical historian David Bebbington, has four distinct ingredients “on top” of orthodox Protestant Christianity: belief in the Bible as God’s inspired word (biblicism); belief in the experience of conversion, popularly known as being “born again”; belief in the cross of Jesus Christ as the only means of salvation (crucicentrism); and belief in the importance of evangelism and social activism.

I call this spiritual-theological flavor of Protestantism “the evangelical ethos.” It has existed at least since the spiritual awakenings and revivals that swept Great Britain and Europe in the early 1700s (the Great Awakening) and early 1800s (the Second Great Awakening). Its roots lie in what is called Pietism — a European and American movement of spiritual devotion, “heart Christianity,” that began in the late 1600s in Germany. Most evangelicals have always looked even further back to Martin Luther as the person who rediscovered the New Testament gospel.

The reasons for the swings in evangelicals’ attitudes toward politics have been much examined, but little consensus has been reached. What is obvious to anyone who takes the long view, however, is that evangelicalism as a spiritual-theological ethos is not political. In any given time period the majority of evangelicals may align themselves with a particular political party or ideology, but evangelical Christianity itself is not ideological.

Since the 1980s, when many American evangelicals jumped on the bandwagon of the “Reagan Revolution,” some evangelicals, people who claim to have been “born again,” have identified with a movement called the “Religious Right.” Others have eschewed politics altogether. Yet others have been politically liberal.

When I call myself “evangelical” I am not saying anything about my political preferences, although I do not divorce my spirituality and theology entirely from my left-leaning political views. I find the Bible pointing toward compassion for the poor, so that is why I, as an evangelical, tend to support a certain party and certain candidates. However, I do not identify my evangelical beliefs and spirituality with any political ideology; I accept as fellow evangelicals all who share with me the evangelical ethos.

I tend to take the long view when examining the meaning of “evangelicalism.” That means I am not inclined to surrender the label just because over the last few decades the American media have tended to identify it with conservative politics. In fact, in my opinion, that identification is mostly a creation of the American popular media. I believe most American evangelicals, to say nothing of British and Canadian ones, are not strongly political and do not think of their evangelical faith as tied to any political party or ideology.

On the other hand, polls indicate that many Americans who call themselves evangelical or “born again” do identify with a particular political ideology, a very conservative one. I believe there is an explanation for that phenomenon. Many strongly politically conservative Americans have heard from the media that evangelicalism is “the Republican Party at prayer” (as the British used to say the Church of England was the Tory party at prayer).

So, whether they are really evangelical in the spiritual-theological sense or not, when asked for their religious affiliation they respond “born again” or “evangelical.”

Roger E. Olson is the Foy Valentine Professor of Christian Theology and Ethics in the George W. Truett Theological Seminary at Baylor University.