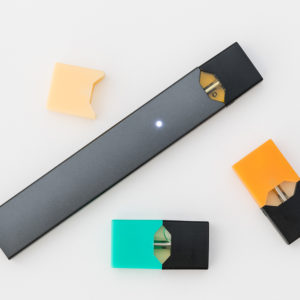 A society that promotes tobacco harm reduction must value the “full story” about nicotine products. This means that to see a population-wide decrease in risk related to nicotine products, access to positive and negative product information is vital for creating a class of informed consumers. Take the current e-cigarette marketing regulations in the United States, for example. Despite the body of evidence which argues that e-cigarettes are chemically safer than combustible cigarettes, the existing FDA marketing regulations prevent such information from being communicated at a point of sale. In turn, as are other lower risk and modified risk tobacco products mandated, e-juices and vapes are required to bear the necessary warning labels.

One of the critical reasons why laws and regulations like these exist is due to cultural outrage. If you take the recent hysteria around the youth vaping “epidemic” here in the United States as an example, you will be able to see how concentrated population subgroups can cause an asymmetrical governmental response. Before outgoing FDA commissioner Scott Gottlieb announced his intention to implement a partial retail ban of vaping products nationwide, the vaping industry was dealing with the reality of the premarket approval fiasco. After a certain date, new products were not permitted without FDA approval, per the Family Smoking Prevention and Tobacco Control Act, as amended. However, when the results of key federal youth substance abuse surveys showed a spark in e-cigarette use over any other drug, the response was overwhelmingly alarmist. Media reports started questioning the science behind vaping’s benefits, parents began drives to “de-JUUL” their children, and tobacco control advocacy groups started characterizing vaping as the next trick of big tobacco.

In reality, the outrage was the result of a strategic calculus that relies on fear to remain successful. Between the outpourings of rage against the vaping industry and the multi-billion dollar efforts of tobacco control advocacy groups, the government accepted these responses as accurate assumptions of society’s ills. FDA regulators also proudly received the calls for action targeted at policymakers and elected officials as the prime fodder for their next round of regulatory actions against e-cigarettes and other lower-risk nicotine products. We also cannot dismiss the argument that the federal substance abuse survey data monitoring the drug use trends among minors is flawed.

Based on such an analysis, the question to ask is this: What if consumers knew the full story about e-cigarettes and vaping? The outrage that I’ve monitored over the past six months are results of not understanding the institutional workings of a disruptive industry and class of products. Public Health England has concluded that e-cigarettes are 95 percent safer than combustibles and that these products are not marketed toward minors.

How likely would the average American know this information? The chances are slim. How likely is an American who is not informed of such facts to fall for widespread outrage? The odds of that increase tenfold. A highly cited Rasmussen survey from 2018 reveals that 50 percent of American adults believe that e-cigarettes are just as harmful as combustibles. Another 13 percent perceive e-cigarettes to be more harmful. Only 20 percent think that these products are safer to that of combustibles and 17 percent are unsure.

Under the existing state of matters, it is not surprising that such perceptions about e-cigarettes are skewed so negatively. Several studies additionally recognize that there is a case of confusion over such impressions due to a series of causes. One seminal study from 2017 found that the potential aversion of deaths related to smoking combustible tobacco will decrease if e-cigarettes are accepted under optimistic parameters. Adding the findings of an earlier study on the effectiveness of the international Framework Convention on Tobacco Control and how it handles developments in harm reduction, governments that move to accept products like e-cigarettes as lower-risk products will see cases of improved public health outcomes and informed populations.

As a result, the mission to enhance the understanding of the consumer begins with the regulator. Existing FDA regulations, as highlighted, allow very little latitude for the vaping industry to communicate the benefits and the negatives to using e-cigarettes correctly. For example, consumers should have the right to know that e-cigarettes are safer than cigarettes while additionally being informed of the risks of nicotine initiation among non-previous smokers. In a scenario like this, the consumer is at least informed.

Many of the academic findings can also be applied to other lower risk products and alternatives like snus. A recent major study published earlier this month found that smokers often misunderstood the implications of initiating the use of snus for nicotine delivery over combustibles. The researchers found that despite widespread use in certain Scandinavian jurisdictions, consumers still believed that this pasteurized snuff product presented similar risks to traditional smoking. Despite the scientific evidence proving otherwise, the results of misinformation were tied to cultural perceptions and governmental responses.

Going back to the case of e-cigarettes and vaping products in the United States, consumer misinformation is evident and widespread. Nonetheless, the truth about e-cigarettes is straightforward. For instance, these products are alternatives to smoking. Many of these products contain nicotine and are flavored with sweet flavors. Vaping manufacturers do not create nor intend to market products to minors. Vaping is also a technology. There are no tobacco leaves or combustion. Plus, vaping products are already scientifically safer due to the lack of tobacco leaves, dangerous chemicals, and burning.