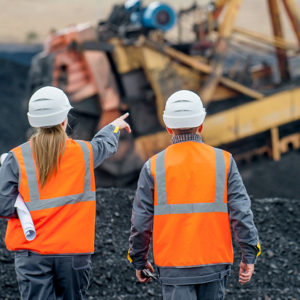 The Department of Homeland Security will broaden the list of “essential workers” in the energy sector to include those supporting industries and companies “regardless of the energy source,” after at least one governor tried to shut down his state’s coal industry.

Version 2.0 of the Essential Critical Infrastructure Workforce will include all energy-producing industries and specifically adds renewable energy sources such as wind, solar and hydroelectric, according to a document obtained by InsideSources and confirmed though a Homeland Security official. It was due to be released Friday but was still under review at the COVID-19 Task Force.

The updated guidance, according to document InsideSources received, now reads: “Workers supporting the energy sector, regardless of the energy source… or infrastructure the worker is involved in, who are needed to maintain the reliability of the energy system.”

It expands the electricity industry to include “essential support personnel for electricity operations” and “generator set support workers such as diesel engineers.”

The new guidelines will also broaden the nuclear workforce to include “the broader supply chain,” such as fuel manufacturers and “fuel components used in the manufacturing of fuel.”

The Nuclear Energy Institute was one of several energy industry groups lobbying the federal government to add essential-worker definitions to the guidance.

There are 32 nuclear power stations in 21 states that will shutdown temporarily to refuel and conduct maintenance that can only be done when reactors are offline, according to the letter the institute sent to the U.S. Department of Energy. Plants bring in specialized workers for up to 60 days who require lodging and food.

The original federal guidance was issued March 19 by the Cybersecurity and Infrastructure Security Agency. Under the energy section, it explicitly listed the electricity, petroleum, and natural gas and propane industries. Agency Director Christopher C. Krebs wrote that “this list is advisory in nature” and was not a federal directive. The goal was to give state and local officials a guide in making their own judgments.

“These identified sectors and workers are not intended to be the authoritative or exhaustive list of critical infrastructure sectors and functions that should continue during the COVID-19 response,” the original memo stated.

The new language should satisfy industries not specifically mentioned in the first document and had expressed concerns about the ability of workers to move freely as needed.

As more and more jurisdictions issue stay-at-home and business shutdown orders, industries deemed “essential” are scrambling to get their employees official letters that permit them to travel. There have been scattered reports on social media about police agencies pulling over drivers and inquiring where they are going.

America’s Power, an association that represents coal producers, barge operators and others involved in generating electricity from coal, wrote to Krebs and Homeland Security Secretary Chad Wolf requesting an update to the essential workers’ list.

“Given the ‘uniquely critical’ nature of the energy sector — which includes the coal fleet — in providing an ‘enabling function’ for every other aspect of our society, an explicit reference to the supply chain that supports the coal fleet should be added to your list,” the letter from America’s Power CEO and President Michelle Bloodworth said.

The National Mining Association also sent a letter requesting updated guidance, noting that, “If it’s not grown, it’s mined.” The mining industry produces minerals that are used in the manufacturing of medical devices such as CAT scanners and defibrillators. It also supports every industry that was mentioned in the initial guidance, wrote association President and CEO Rich Nolan.

“[T]he mining industry would like to work with CISA to update the list of essential critical infrastructure workers to reiterate the inclusion of the mining workers and [ensure] U.S. mining operations continue to work to provide the resources, metals and raw materials necessary to power America, support domestic manufacturing, and strengthen our national defense,” Nolan wrote.

“Currently, states and local governments are promulgating quarantine orders and mandatory business closures,” according to the letter. “Disrupting these operations would pose a severe threat to the economic, power generation and critical mineral sectors of this country.”

Last week, Pennsylvania Gov. Tom Wolf (D) ordered coal companies to shut down after listing them as “non-life-sustaining” although the oil and gas industries did make the “essential” list. The state’s coal industry lobbied hard to be declared “essential.” Wolf reversed his order about 24 hours later.