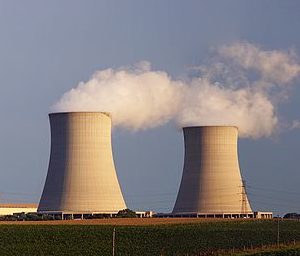 High-level lobbying efforts by Exelon to change the way electricity sales are regulated have led to cries of “crony capitalism” against the Illinois energy giant, as an ethics investigation of its key political allies unfolds.

Legislators didn’t take up the proposal, but Exelon remains hopeful.

“While the short legislative session was narrowly focused on budgetary and coronavirus relief measures, we are encouraged that the governor and policymakers remain committed to comprehensive energy legislation that would simultaneously restart the state’s economy and meet its ambitious environmental goals,” Exelon said in a statement. “But it is also clear that Illinois is running out of time to address new federal energy rules that threaten to push clean energy out of the market and hamper our recovery.”

Running out of time, the company argues, to keep its nuclear plants up and running.

Last year, Exelon CEO Chris Crane suggested that without a deal from the legislature, some of the plants would “begin to shut down.” According to a handout distributed by the company and provided to InsideSources, the Braidwood, Byron, Dresden and LaSalle nuclear plants account for more than 28,000 jobs in the state and contribute an estimated $149 million in taxes each year.

Nonsense, say advocates for businesses and ratepayers. Exelon, they say, has a long history of using political connections to get favors that lead to higher prices, and higher profits, for Exelon.

“Proponents say that if Exelon doesn’t get bailed out, the company will close nuclear plants that are losing money. They won’t,” said Illinois Chamber of Commerce President Todd Maisch in an op-ed for the Chicago Tribune. “An independent analysis of the financial health of those plants shows they are profitable. Exelon’s surrogates who insist they have reviewed financial results assure us that the plants are losing money — despite having signed nondisclosure agreements that conveniently prevent them from providing the facts.”

Currently, northern Illinois is part of a regional power agreement that covers 13 states and the District of Columbia and is overseen by PJM Interconnection. This agreement is designed to use competition to lower rates.

Exelon argues that carbon-free energy sourcing should take priority over pricing. Their proposal is taking its PJM Illinois nuclear plants out of the capacity market serving northern Illinois and instead letting them bid their capacity into a state-run system that includes a “fixed resource requirement,” or FRR, instead of competing against low-cost natural gas generators.

“This is standard operating procedure [for Exelon],” said Todd A. Snitchler, president and CEO of the Electric Power Supply Association. “They create the economic argument that jobs will be lost and the grid won’t be reliable. What they’re really saying is, They’re not profitable enough.”

Snitchler contends the industry’s use of emission-free justification for subsidies and other taxpayer assistance is relatively new. About a decade ago when natural gas prices hit nearly $10 per BTU, Snitcher said the nuclear plants “were printing money.”

“Then natural gas got really cheap, and nuclear had to compete with the lower costs of natural gas plants,” he added. “That’s when [nuclear operators] changed to: ‘We’re not being compensated for our zero-emission profile.’ That never came up until they couldn’t dominate the market.”

Now, critics claim, Exelon is using its network of political connections to get a sweetheart deal. Monitoring Analytics, an independent spinoff of the Market Monitoring Unit of PJM Interconnection, reports that exiting the capacity market could raise costs to Northern Illinois consumers by up to $414.4 million.

Exelon’s case isn’t helped by the ongoing federal investigations into lobbying practices in Springfield that resulted in the abrupt departure of Anne Pramaggiore, Exelon’s chief executive of utilities late last year. Illinois House Speaker Michael Madigan was named in a federal subpoena as part of an FBI probe into political hiring and contracting at Commonwealth Edison. WBEZ reported in October. ComEd is the utility branch of Exelon.

Exelon insists that passing the Clean Energy Jobs Act is vital to keeping thousands of its Illinois-based employees on the job, and some energy analysts agree that that the PJM capacity market does not value renewable energy and storage the way it should. And a Global Strategies Group poll taken in mid-May found 82 percent support for the CEJA.

That is part of the reasoning behind state subsidies designed to help low-emission energy sources, such as wind and solar. Under the 2016 Future Energy Jobs Act, Exelon has already received a $2.4 billion subsidy over 10 years to keep the Clinton and Quad Cities nuclear facilities running, for example.

But these subsidies create their own problems.

Complaints from coal and natural gas generators about being forced to compete on price with such taxpayer-subsidized energy led to the Federal Energy Regulatory Commission (FERC) creating a rule that requires companies receiving state subsidies to make a minimum bid during the auctions.

According to FERC’s June 2018 order, PJM “fail[ed] to protect the integrity of competition in the wholesale capacity market against unreasonable price distortions and cost shifts caused by out-of-market support to keep existing uneconomic resources in operation, or to support the uneconomic entry of new resources, regardless of the generation type of the resources supported by such out-of-market support.”

In other words, big companies with lots of political sway could get subsidies from their home-state politicians, then use those subsidizes prices to drive our free-market competition elsewhere. Under new rules, that can’t happen. Which is why, critics say, Exelon wants to play a different game.

“Illinois businesses are working through a financial crisis so they can open their doors and pay their employees, not figuring out how to pay for a rate increase at the worst conceivable time,” said Maisch. “CEJA is a bailout bill we can’t afford.”