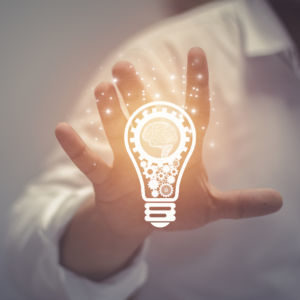 Expect the COVID-19 Crisis to Unleash Rush of Innovation

A plow breaks up the soil, turns it over. If seed is put down, that sprouts along with any other seed that happens to be there, weeds and other wild plants.

The new normal will be a plowed field where all sorts of innovations will spring forth. It will be a time of innovation, creativity and the growth of new products and ideas, as well as a few weeds (bad or greedily exploitive ideas).

Many who had what they believed to be steady jobs will become self-employed, dragooned by circumstance into the gig economy. And they will be the shock troops in an invasion of new inventions. At least that is my belief, and it is supported by empirical evidence that when there is turmoil, there is innovation.

Innovation has been on many lips since good things started to come out of Silicon Valley decades ago. The road to riches and to national predominance, it appeared, was through innovation. The rush was on. But it is one of those things, like happiness, that becomes harder to find the more you seek it.

Universities are busy designing courses in innovation. That is predictably opportunistic but probably futile. Imagine a professor teaching this basic innovation course: Quit your job, survive rejection, and work night and day on a hunch. Most people teaching are teaching because they are not risk-takers, and innovation is about risk-taking writ large.

Research, management and procedure are where the formal setting — the university — has its place. None of the great innovators felt the need to study innovation, from Henry Ford and Thomas Edison to Steve Jobs and the reigning king of innovation, Elon Musk.

It is from desire and necessity that innovation comes; before the venture capitalist has reached for a calculator, somewhere, somehow, someone has been working on an idea.

The great challenge of innovation in times of adversity is not creativity but money. Many great ideas are stillborn because money is harder to raise at such times. Financiers are not as brave as innovators. Still a plethora of good things came out of the 1930s, from musical theater to the Polaroid. These days there is more mobility of thought and, therefore, there will be more innovation.

In recent years, innovation has come to mean something to do with computing but that is not an exclusive path.

Sometimes innovation is simply seeing a better idea. In 1969, Neil Armstrong walked on the moon. That was an achievement involving a lot of vision, drive, innovation and money. The next year, something huge happened that involved none of the consuming effort of the space program: Wheels were added to luggage.

In 1984, Lee Iacocca produced the minivan. It was a classic example of exaptation — a term used in evolutionary biology to describe a trait that has been co-opted for a use other than the one for which natural selection has built it. That was true for the minivan: It was a regular van modified and repurposed.

Likewise, one of the few great, modern fortunes not associated with computers came from Greek yogurt. No invention there. The Greeks did that thousands of years ago. It was a good idea from a Turkish immigrant, Hamdi Ulukaya, founder and chief executive officer of Chobani.

Good ideas are the simplest and most direct way to innovation. Take cupholders in cars. It is extraordinary but true that cupholders began when the convenience store chain 7-Eleven started selling plastic brackets that affixed to your window to hold coffee. In no time, car companies were marketing cars based on the number of built-in cupholders. Not in luxury cars, not in great carriages had so simple a feature been added. That, too, was innovation. Of course, another invention, the throw-away beverage cup, helped.

The lesson is you can innovate, create Uber or Airbnb, if you understand computers. But you can also look around, as with wheels on luggage, cupholders, and Greek yogurt, and the true innovator will find products and services aplenty.

The message is, I believe, the true innovator looks around inside the box before venturing outside of it.

Tens of millions of Americans will be ferreting around seeking new and better ways to do things. Some will innovate in ways that will change things forever.