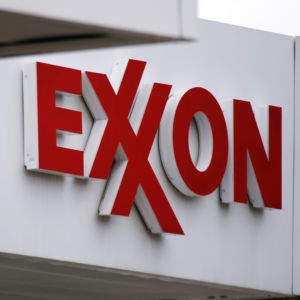 ExxonMobil Prediction: New Mexico Operations Will Yield at Least $64 Billion in the Next 40 Years

A new ExxonMobil study projects the company’s investment in New Mexico oil resources will generate a minimum of $64 billion in net economic benefits for the state and local communities over the next 40 years — if the price of oil remains at its current price of $40 a barrel. The study says the benefits could go as high as $83 billion, if there is a surge in oil rates.

According to the study — conducted for ExxonMobil by Impact Data Source of Austin, Texas, and released last week —  development of oil resources in the Permian Basin will create thousands of new jobs and provide funds for education, health and human services, and infrastructure improvements in New Mexico alone.

“The Permian Basin is the engine of America’s energy renaissance and New Mexico residents will see direct economic benefits and opportunities from our planned investments,” Darren W. Woods, chairman and chief executive officer of Exxon Mobil Corporation, said in a statement. “We will be a significant, long-term economic contributor to the state of New Mexico and will work hard to be a trusted member of the community.”

The Permian Basin is the country’s highest producing oil field and extends from western Texas to southeastern New Mexico.

During the next 40 years, ExxonMobil — through its subsidiary XTO Energy Inc. — plans to drill about 6,500 wells on more than 400,000 acres in the New Mexico section of the basin, according to the study’s executive summary.

The New Mexico government will receive an estimated $62 billion in net fiscal benefits, $44 billion of which will come from new leases and royalties, the study said. About $8.5 billion will come from state oil-and-gas severance taxes, based on an oil price of $40 per barrel.

ExxonMobil asked Impact Data Resources to also estimate New Mexico revenue if the price of oil would rise to $56 a barrel, the executive summary says. The result: $83 billion.

The study estimates 4,100 direct jobs per year for the next 40 years from ExxonMobil activities, plus thousands more indirect and “induced” jobs from businesses that either support or benefit from company operations. It says that could generate about $29 billion in new wages and benefits.

“The benefit to this state’s bottom line, as represented by investments from companies like ExxonMobil, has been enormous,” she said in a statement.

The company plans to increase its Permian Basin expansion to produce more than 1 million oil-equivalent barrels per day as early as 2024. This significant growth will require about $55 billion in capital expenditures in New Mexico’s Eddy and Lea counties.

These southeastern New Mexico communities will receive an estimated $1.8 billion in net tax revenue, according to the Impact Data Source study. More than 65 percent of those estimated tax revenues will flow to the state’s general fund.

“We’re increasingly confident about our Permian growth strategy due to our unique development plans,” Neil Chapman, ExxonMobil senior vice president, said in a statement. “We will leverage our large, contiguous acreage position, our improved understanding of the resource and the full range of ExxonMobil’s capabilities in executing major projects.”

“Our plans are attractive at a range of prices and we expect them to drive more value as we continue to lower our development and production costs,” Chapman said.

According to the company news release, at current funding levels, contributions to New Mexico would render:

ExxonMobil remains one of the most active operators in the Permian Basin and currently has 48 drilling rigs working and plans an increase to approximately 55 by the end of the year.