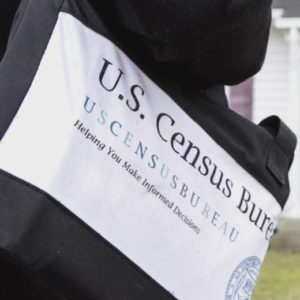 Even just a 1 percent undercount in the 2020 Census could cost New Mexico “hundreds of millions of dollars” over the next decade, according to a recent state report. The state — among the hardest to count in the nation — is mounting a “full-court press” to help ensure this doesn’t happen.

“Rural communities throughout New Mexico struggle with high poverty, limited access to broadband internet, migrant seasonal workers, poor infrastructure, and aging populations,” according to the second quarterly report to the governor from the statewide Complete Count Commission, on efforts to get New Mexicans to complete the decennial 2020 Census.

New Mexico is distributing $3.4 million to help counties, public schools and Native American communities encourage participation in the count. Gov. Michelle Lujan Grisham is seeking an additional $8 million in the upcoming budget to assist in the effort.

The 2020 Census count begins on April 1 and determines the allocation of $1.5 trillion in federal spending. The most minute undercount would cost New Mexico more than $700 million in federal aid over a decade, according to state statistics.

In April of this year, Gov. Lujan Grisham issued an executive order establishing the New Mexico 2020 Complete Count Commission for the 2020 Census to ensure an accurate count. The governor’s office also launched a website called “i Count NM” in August.

“Almost four in five Native Americans in New Mexico live in what are considered ‘hard-to-count’ census tracts, as does more than half our Hispanic population,” Lujan Grisham said. “We need to do everything we can to ensure the 2020 count accurately and fairly reflects our state population and that New Mexico receives every federal dollar to which we are entitled.”

The commission — composed of state Cabinet secretaries and tribal and other community representatives — promotes and advertises the 2020 Census; focuses resources on hard-to-count areas and populations; and supports and coordinates with local complete count committees.

“A full-court press is the best way to describe it,” Kopelman told InsideSources. “We have, I believe, 23 Native American pueblos and tribes and some of them — especially the Navajo Nation — are very, very remote and hard to even find people.

“A lot of those folks in New Mexico don’t have actual street addresses, they have post office boxes, if even that,” he said. “People are knocking on doors. It’s a question of trying to get folks who have contact — who work with these groups — and have built up trust over the years. A lot of them have access and work with these remote communities — the hard-to-count votes.”

Erin Callahan — community development director in the Village of Los Lunas who heads the  Valencia County complete count committee — told InsideSources her group is trying to get people to fill out their forms online.

“I believe right now any undocumented population — and really the Latino community — is all considered hard to count because of issues that arose with the citizenship question,” Callahan said, referring to a question the Trump administration wanted on the 2020 Census about a responder’s citizenship, which was later dropped.

“We can say that 90 percent of Valencia County is hard to count — if we look at it from different angles,” she said. “The thing our complete count committee is really concerned about is definitely reaching out to our undocumented population as fast as possible, which does tend to overlap with the hard to count geographic areas.”

Callahan said her committee is looking to partner with churches and existing civic groups to get the word out.

“We have members on our committee who are from many different areas in Valencia County and our committee is looking to use their existing connections,” she said. “If there is an area that doesn’t have access to the internet we’ll come out with Wi-Fi hotspots and/or portable computers and find areas where people can fill out their census form.

“The focus of the census effort this year is training everyone to take it online,” Callahan said, adding that this will avoid having census takers come to the door of people who are reluctant to speak with strangers.

State demographer and population studies expert Robert Rhatigan referred to research that shows people are more likely to respond to being counted if the pitch focuses on how federal spending helps fund local facilities, such as schools, medical clinics or senior centers.

“You make it about the community and kids, not about civic duty,” he told the Associated Press.