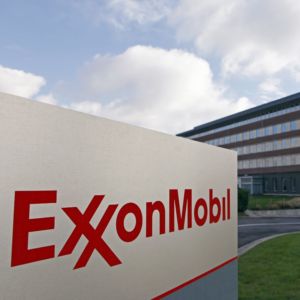 Nearly every American depends on petroleum products in their daily lives, and today they can rest more soundly, for now at least.

Last month, a New York State Supreme Court judge found that the state’s attorney general failed to establish evidence that ExxonMobil engineered a “longstanding fraudulent scheme … to deceive investors and the investment community … concerning the company’s management of the risks posed to its business by climate change.”

The decision followed three-and-a-half years of trial, investigation and pretrial discovery that required ExxonMobil to produce millions of pages of documents, dozens of witnesses, and millions of dollars in legal costs. The decision is a major blow to climate activists aiming to bankrupt energy producers as a means of keeping America’s vast energy resources locked in the ground. Their planned wave of litigation intended to achieve through the courts what they cannot in the legislature. Luckily for the American consumers, this lawsuit turned out to be a dud.

But New York’s lawsuit against ExxonMobil is just one of many climate suits, several still pending in the courts.

The 9th Circuit Court of Appeals will hear oral arguments in City of Oakland v. BP P.L.C. in February. The cities of Oakland and San Francisco argue that the five largest investor-owned oil companies contributed to a public nuisance — climate change — by producing and selling oil and gas. A federal judge has already ruled against the cities, finding that courts are not the appropriate venue for addressing climate policy. A similar lawsuit was brought by New York City, which was also rejected by a federal judge. City officials are appealing the ruling.

The judges ruled that managing greenhouse gas emissions is reserved to the Environmental Protection Administration under the Clean Air Act and that plaintiffs cannot use tort law as a means of setting global warming-related regulatory policy.

Singling out a few large companies in the energy industry is meritless and unfair.  In fact, it’s just a “get-rich-quick” scheme, something the American consumer will end up subsidizing if the Greenies prevail. A broad approach involving many industries and nations is the only responsible way to discuss and address environmental issues. In fact, the oil and gas industry is already part of the solution. The surge of American shale oil and gas production has fundamentally altered not only the economics of energy production but has also led to environmental improvements.

This climate litigation debacle is falling apart as many legal analysts predicted. The New York attorney general’s office lost big. With a watchful eye on coming decisions in California, New York, and in other states, our nation’s largest energy producers and the consumers who rely on affordable, reliable energy can only hope these baseless lawsuits will finally end.