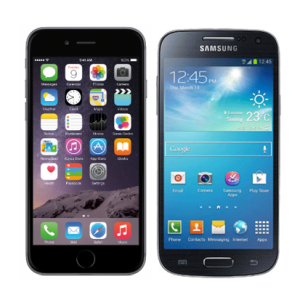 A group of Silicon Valley’s biggest companies including Facebook, Google, Dell, HP, eBay and others joined the patent war between Apple and Samsung this month with a petition to a federal appeals court, asking the panel to review its decision ordering Samsung to turn over profits from a handful of Apple patent infringements.

The coalition sided with Samsung in a “friend of the court” briefing filed July 1, warning the U.S. Federal Circuit Court of Appeals that ordering Samsung turn over the full profits of certain devices over select design elements copied from Apple could start a wave of lawsuits.

“If allowed to stand, that decision will lead to absurd results and have a devastating impact on companies, including [the briefing draftees], who spend billions of dollars annually on research and development for complex technologies and their components,” the group wrote in its brief to the court earlier this month.

According to the companies, the nature of technology like smartphones and smart TVs, which contain thousands of individual components, working parts and software, is too complex to lump all of a products’ design and functionality elements into one convenient legal definition of patent infringement, especially in cases when only select design elements appear to have been copied.

“Under the panel’s reasoning, the manufacturer of a smart television containing a component that infringed any single design patent could be required to pay in damages its total profit on the entire television, no matter how insignificant the design of the infringing feature was to the manufacturer’s profit or to consumer demand,” the group said.

“Software products and online platforms face similar dangers. A design patent may cover the appearance of a single feature of a graphical user interface, such as the shape of an icon. That feature—a result of a few lines out of millions of code—may appear only during a particular use of the product, on one screen display among hundreds. But the panel’s decision could allow the owner of the design patent to receive all profits generated by the product or platform, even if the infringing element was largely insignificant to the user and it was the thousands of other features, implemented across the remainder of the software, that drove the demand generating those profits.”

In a May appeals ruling the court ordered Samsung to pay Apple more than half-a-billion dollars in damages for infringing on Apple design patents. During the original case tried before the U.S. District Court for Northern California, nine jurors found Samsung guilty of infringing on six out of seven Apple patents, including the rectangular shape and rounded corners of the iPhone, and the shape of its application icons. Samsung was ordered to pay Apple damages of $1.05 billion.

Though the appeals court threw out $382 million in “trade dress” infringement damages (over aesthetic design elements like rounded corners on smartphones and the shape of apps), it upheld awarding damages based on the value of an entire product — in this case, the entire iPhone — rather than just the value of the infringed patented features, such as the iPhone’s front face, user interface and certain utility features like tapping to zoom.

Samsung asked to court to review the decision in June, arguing that letting the ruling stand would “invite overprotection and overcompensation for design patents, free from the limitations imposed in other areas of intellectual property law” and “lead to ‘an explosion of design patent assertions and lawsuits.’”

After Facebook, Google and others submitted their opinion, Apple argued earlier this month they should be dismissed, as Google in particular has a direct stake in the battle as the designer behind the Android mobile platform installed on Samsung devices.

“Google has a strong interest in this particular case, is not an impartial ‘friend of the court,’ and should not be permitted to expand Samsung’s word limit under the guise of an amicus brief,” Apple told the court.