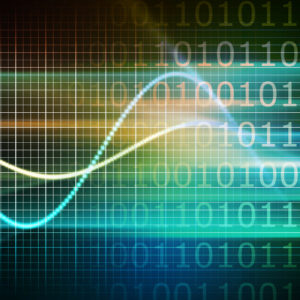 Identity protection weaknesses beleaguering a digital tool that streamlines access to federal financial aid for higher education cannot be fixed easily or quickly, according to federal officials. While eligible students are still technically able to access government support for their education, college access advocates say the process has gotten more complex, and they worry that some families won’t have the patience or wherewithal to complete by hand the detailed forms required of them.

On March 3rd, days before state deadlines for federal student aid applications, a software program, known as the Data Retrieval Tool, or DRT, went dark and was replaced by an error message blaming “system maintenance.” The DRT, which is operated by the Internal Revenue Service in conjunction with the Department of Education, allows families to automatically input their tax return information into the Free Application for Federal Student Aid, or FAFSA.

Neither the IRS nor the education department acknowledged the tool’s failure for days, as millions of students nationally were coming up on filing deadlines that allow them to secure thousands in grants and low-interest educational loans. Congressman Lloyd Doggett, D-Texas, was the first member of Congress to demand answers from the executive branch, and he has since been joined by the chairmen and ranking members of both House and Senate education committees.

In hearings, press releases, and media reports, news has emerged that the DRT’s weaknesses are extensive, and apparently too difficult to rectify before aid is doled out for the 2017-2018 academic year. According to IRS Commissioner John Koskinen, his agency is reviewing an estimated 100,000 instances of questionable DRT requests. It appears as though criminals posed as students seeking financial aid to access private information and then filed fraudulent tax returns in a bid to steal tax refunds. Koskinen said in an April Senate hearing that his agency found an estimated 8,000 cases where they believe that fraudulent refunds were issued at a cost of $30 million. The agency said it is reviewing tens of thousands of additional DRT requests for possible wrongdoing.

On Monday, the top lawmakers on the Senate education committee, Sen. Lamar Alexander, R-Tenn., and Patty Murray, D-Wash., sent a letter to Secretary of Education Betsy DeVos requesting details about the actions being taken to mitigate the fallout from the tool’s abrupt disappearance. The committee leaders wrote to request “regular bi-weekly briefings” at the staff level so they can stay apprised of the progress taken by DeVos’s team.

“The Department has been helpful and informative in explaining why the IRS Data Retrieval Tool is down and the steps they are taking to fix it. This letter sets the expectations for the Department to keep the HELP Committee informed during this ongoing process so we can track progress towards fixing the problem in a timely manner.”

Other Republican leaders on Capitol Hill appear to not share the view that the IRS and education department’s Federal Student Aid branch were handling the problem effectively. Education and Workforce Committee Chairwoman Virginia Foxx, R-N.C., made blistering remarks during a House Oversight hearing on Wednesday. She accused officials of failing to take responsibility for the breach of taxpayer data, and said to the officials charged with response: “either you’re in denial or incompetent.” Members of Congress from both parties have reflected constituent frustrations that details regarding the identity protection problem took so long to emerge.

During Wednesday’s hearing, James Runcie, the chief operating officer of the education department’s Federal Student Aid division, explained how the DRT system would be fixed in time for the 2018-2019 FAFSA filing season. Officials are planning to reinstate the DRT but will keep the information pulled from IRS databases encrypted, even after it has been entered into the FAFSA form, said Runcie. By keeping personal information hidden from the user, the agencies are hoping to only make the DRT useful to those students and families actually hoping to secure federal student aid.