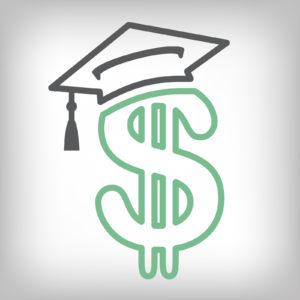 What Is Standing in the Way of FAFSA Simplification?

The Free Application for Federal Student Aid, or FAFSA, currently weighs in at over 100 questions and is so daunting that hundreds of thousands of students forgo billions of dollars in aid and low-interest loans every year by not filling it out, according to some studies. Top members of Congress from both parties have introduced legislation that would simplify FAFSA, and the noncontroversial reform has had support from interest groups across the ideological spectrum for years.

The chairman of the Senate education committee, Lamar Alexander, R-Tenn., tried to reduce the FAFSA form to two questions in 2015, along with senators from both parties including Sen. Michael Bennet, D-Colo. More recently, Rep. Lloyd Doggett, D-Texas, seized on news of a massive data breach at the IRS and Education Department that has made the FAFSA more complicated for this year’s applicants to push his own FAFSA simplification proposal that has widespread support among House Democrats. Nevertheless, a serious bipartisan push to simplify the application has yet to take shape in this Congress.

Despite bipartisan support for FAFSA simplification, one large political consideration and two technical complications stand in the way of bringing relief to the students who struggle with the form every year. Mamie Voight, the vice president of policy research for the nonprofit Institute for Higher Education Policy, spoke with InsideSources about the sticking points lawmakers in Washington face when grappling with changes to the FAFSA.

The first technical obstacle to FAFSA simplification is the worry that if the form is pared down too far, students could paradoxically end up having to fill out more paperwork to secure their full financial aid packages. Currently, state and higher education institutions use data gathered through the FAFSA to create their own financial aid packages to supplement the federal support offered to students. While Congress may be satisfied with reducing the FAFSA to two or three questions, college access advocates are worried that states and universities may then decide to step in with their own supplemental forms, which could multiply the number of questions students need to answer to receive aid.

According to Voight, any simplification effort would have to be dedicated to “finding the right balance,” as otherwise there is a “risk of having a proliferation of forms that could overly burden students.”

Another risk associated with FAFSA simplification is the concern that a simpler form would confuse efforts to channel support to the students that most need the aid. For example, Voight said that she has seen some proposals that would remove questions that ask how many students are enrolled in college in an applicant’s family. By striking questions like this and others, Voight said that financial aid would have to be distributed according to less sophisticated formulas.

This last technical concern is also tied up in the overarching political obstacle facing FAFSA simplification. Because cutting questions out of FAFSA would necessarily mean altering the calculations used to determine federal aid eligibility, policy experts like Voight who have studied the problem believe that FAFSA reform is unlikely to take the shape of a standalone bill. Instead, experts are predicting that FAFSA simplification will end up getting tied into a larger push to reauthorize the Higher Education Act, which is the main federal law regulating higher education policy.

The advantage to such an approach is that the Higher Education Act is coming up for renewal, and a systematic overhaul to college access pathways could create a sustainably simpler FAFSA form. The disadvantage is that while both parties generally agree that the FAFSA should be easier to complete, the GOP and the Democratic Party have strong ideological disagreements over other provisions in the law that is hundreds of pages long and oversees billions in federal grants. In particular, disagreements over the regulation of for-profit colleges, devolution of power to states, and the role of higher education authorizers, all covered by the Higher Education Act, could derail the entire process and jeopardize FAFSA simplification.

Chairman Alexander appeared to tacitly acknowledge the importance that the wider effort to reauthorize the Higher Education Act will play in any FAFSA simplification effort in a statement released to InsideSources:

“My top education priority for the Senate HELP committee this Congress is reauthorizing the Higher Education Act to make it simpler and easier for students to go to college and reduce the jungle of red tape that’s making it harder for college administrators to educate. We already have several bipartisan proposals to: simplify the dreaded FAFSA and the maze of loan and repayment plans so it’s easier for students to go to college and to repay their loans; reduce the burden of regulations on colleges, which receive one new regulatory guidance document from the federal government each work day; and improve student success with policies that help students complete their programs.”

In other words, students and college access advocates hoping for quick fixes to FAFSA in time for next year’s application cycle will likely have to wait for Congress to move on a more complicated and comprehensive reform package.