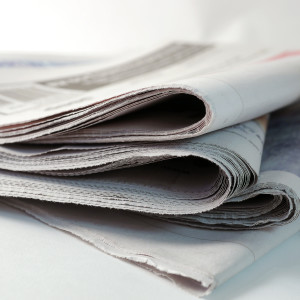 The ‘Fake’ Accusation Is Offering Comfort and Cover to Dictators

Mr. President, one of the things you should know, as your first tumultuous year in office draws to its close, is that the United States has the best media in the world. Only United Kingdom media rivals it.

It is a bulwark of the American Dream, of American exceptionalism.

Its role as the carrier of information in the United States is as important as it is outside the nation.

That is why your situation room in the White House has so many news feeds. Often, despite the huge apparatus of government information gathering, it is reporters who tell it like it is first and give you actionable information.

It is because of the media that we know what is going on in Myanmar, Syria, Yemen and Zimbabwe — even inside the royal family of Saudi Arabia.

I would have the temerity suggest that even you, despite your seemingly pathological hatred of all information that does not accord with your own views, and your administration in times of crisis turn first to the media, and especially to outlets like The New York Times and CNN. In your heart of hearts, you know you are going to find out what is happening there, not on the political networks like Fox, One America News and Newsmax, and not through government’s cumbersome channels of information relay.

Mr. President, we are an irregular army of no-particular hue. We wear no uniform and are the antithesis of unity. We live in a world of miserable pay (the television stars are the exceptions), bad hours, stress, sometimes too much drink, and disrupted private lives. We write about everyone’s hurt but our own. But we love what we do and know when it matters; matters globally as much as domestically.

Dan Raviv, when he was with CBS, described his job his way, “I like to find out what’s going on and tell people.” Exactly.

For all of the academic talk about media and society, that is the job –finding out — and it is a great and important job. That is why thousands of news people work through the night, or crawl out of bed at 3 a.m., or risk their lives in places like Iraq, Syria and Congo, and will be working on Christmas Day and every other holiday. That is why we eat bad food out of machines, fly in cramped aircraft and go without sleep.

So journalists do not mind personally if you denigrate us, call our work “fake” and impugn our integrity or have your agent, press secretary Sarah Sanders, do so.

But, Mr. President, we do mind and we should mind, and we should be in a state of incandescent rage with the way you are damaging the truth and hurting America at home and, especially, abroad. We do mind and should mind and keep minding when you put journalists’ lives at risk in distant and hostile places.

And we should mind, and you should mind, when you and Sanders give aid and comfort to criminal coddlers, dictators, kleptocratic governments and oppressive regimes.

This scum, these men and women who trash decency as the inherent right of power, now fear the scrutiny of media less. They dismiss the incriminating as “fake.” It happens in Ankara, Beijing, Budapest, Damascus, Moscow, Nairobi, Riyadh and many other places.

You have provided the world’s malfeasants with the great blanket rejoinder: fake.

Everything not laudatory to the absuers is fake and the messengers, the journalists, trade in untruth and should be treated accordingly — as concoctors, fabricators, liars, spies and even traitors.

Mr. President, you have damaged the world’s safety valve and given huge comfort to the enemies of decency, openness and democracy.

You have armed the dictators with a pernicious weapon by undermining the freedom of the press to find out what is going on and publish it. You have spread the suffering of the politcal prisoner in distant jails and all who are suffering the brutality of oppression. Their hope is often only the faint light cast by inquiring media.

A great shame on you, Mr. President.