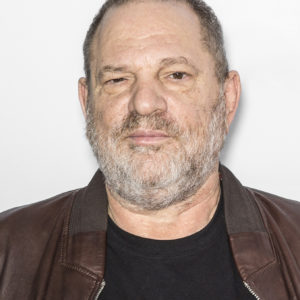 From Fame to Shame to Blame in the Workplace

Perhaps Emma Thompson expressed the horrors of Hollywood the best: “I spent my 20s trying to get old men’s tongues out of my mouth,” the acclaimed British actress recently told the BBC “Newsnight” show.

But the big dog is Weinstein. The New York Times and New Yorker magazine uncovered decades of lewd and lascivious behavior by Weinstein against women. And that’s when the rest of us learned about the white version of Bill Cosby.

These are examples of the “random jerks,” the term used by former Fox News Channel anchor Gretchen Carlson in her new book, “Be Fierce: Stop Harassment and Take Your Power Back.”

Other male power figures in all genres — not just Hollywood — are likely to be outed. Look what happened to Roy Price, former chief of Amazon Studios.

Yes, the offending men may be shipped out of the office with a “Don’t Come Back” marker attached to their lapels, but what about the “unintended consequences”? Claire Cain Miller of The New York Times wrote an illuminating commentary about the collateral damage that can occur in the aftermath of sex scandals.

In exasperating fashion, the victims of those “unintended consequences” could be upstanding, but skittish, men and ambitious women. In any field or discipline.

Miller wrote: “The Society for Human Resource Management, an industry group, said it saw a spike in questions from members about sexual harassment in March — when cases at Uber, Fox News and military academies were in the news — and in August, when harassment surfaced again at Fox News, in Silicon Valley and elsewhere.”

“But elsewhere,” Miller wrote, “men have begun avoiding solo interactions with women altogether. In Austin, Texas, a city official was formally reprimanded last month for refusing to meet with female employees, after he ended regular mentoring lunches with one.”

If men in professional settings begin avoiding women as a standard measure, the results would be debilitating for women aspiring for greater career achievement. Women need men.

A man who could help a woman further her career. It’s called networking.

Perhaps, Vice President Mike Pence was onto something when news spread that he went to extraordinary lengths to avoid the appearance of sexual impropriety. During the 2016 presidential campaign, Pence’s home newspaper wrote, “During his 12 years in Congress, Pence had rules to avoid any infidelity temptations, or even rumors of impropriety. Those included requiring that any aide who had to work late to assist him be male, never dining alone with a woman other than his wife, and not attending an event where alcohol is served unless (wife) Karen was there.”

When these reports initially circulated, remember how observers ridiculed and scoffed at Pence?

Well, Pence’s Rules of Engagement might be looked upon more favorably by men right now.

And there is Shannon Sharpe, pro football Hall of Famer and co-host of the sports talk show “Undisputed,” which airs daily on the Fox Sports 1 network. Months before the Weinstein revelations, Sharpe, on his show, openly discussed his policy to “refuse to ride the elevator with a single female.”

Suppose you are a black guy aiming to withdraw money from an ATM machine after normal banking hours. And suppose you see a white female inside using the ATM. And what if she is alone? At night.

What do you do?

Remember the Tulsa Riots, Memorial Day 1921. That’s when false sexual reports resulted in deadly mayhem. Some of the details are sketchy, but, according to the Oklahoma Historical Society, it is clear the matter involved a black male shoeshine worker and a white female elevator operator.

The black male either accidentally stepped on her toe while entering an elevator, or tripped over her foot or the elevator threshold, or engaged in a lovers’ quarrel (it’s been suggested they were acquainted). In any regard, the white female screamed; the black male fled the building. Assumptions turned into rape allegations.

After the black male’s arrest, several armed black men surrounded the courthouse ostensibly to protect him. Then, as many as 2,000 white vigilantes took up firearms. When the maelstrom ended, 1,200 black homes, businesses and churches had been torched in Tulsa’s Greenwood section, known as “the Black Wall Street.”

As many as 300 people were killed, with most of them black, in one of the deadliest race riots in U.S. history.

With that, if men are increasingly jittery about being alone with women in work settings, perhaps there are valid reasons for their fears.