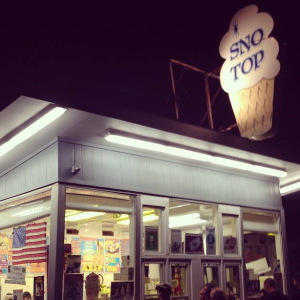 The world witnessed another barbaric murder of an innocent journalist on Tuesday as American Steven Sotloff was beheaded by ISIS.

The murder sparked calls from some Congressional leaders to act quickly to punish the terror group. Sen. Bill Nelson (D-FL) is promising legislation to authorize air strikes in Syria.

President Obama has pledged to punish ISIS. But this comes after much “happy talk,” as Washington Post columnist Dana Milbank puts it. While British Prime Minister David Cameron and other leaders have spoken to the direct threat posed by ISIS, Obama has shown a worrying degree of calm. He’s suggested his administration lacks a strategy for dealing with ISIS.

Just two weeks ago, Obama was criticized for being “tone-deaf” by those on both sides of the aisle when he chose to tee off at the golf course shortly after comforting the parents of murdered journalist James Foley.

But considering the recent scrutiny of Obama, it’s also important to look at the reactions of other leaders to Sotloff’s murder.

One would expect the brutal killing of an American by terrorists to draw statements from most Congressional leaders. But a review of press releases and social media posts by U.S. Senators sent following Sotloff’s murder reveals it is not just the White House that is “otherwise engaged” or glossing over the terror threat.

With the Congressional recess, it seems many Senators and their press staffers are tuned out. Very few Senators have reacted to the beheading. Of those who have been actively tweeting and sending releases, most were policy-oriented on other issues or related to political events. In addition to these, InsideSources found a number of tweets that indicate a certain tone-deafness or ignorance of the terror threat…

Sen. Chuck Schumer (D-NY) is particularly excited about still being able to get ice cream after Labor Day:

As summer comes to an end in Manlius, there’s solace in knowing #SnoTop will still be open in the fall… http://t.co/pfT6d6EyBR — Chuck Schumer (@SenSchumer) September 3, 2014

This isn’t to say Congress is ignoring the issue. A review of the Sunday shows and Sen. Diane Feinstein’s (D-CA) critique of Obama’s strategy would make that clear. But too many in Congress seem content to ignore the issue when Obama may need some added pressure.

A quick roundup of the Senators who tweeted about Sotloff:

My thoughts are with Steven Sotloff’s family and friends. My statement on his murder by ISIL terrorists here: http://t.co/tEadWFSMlE — Sen. Jeanne Shaheen (@SenatorShaheen) September 2, 2014

My heartfelt sympathy goes out to the family of Steven Sotloff, a graduate of Kimball Union Academy in NH

Our hearts and prayers go out to the family of Mr. Sotloff and all those who have suffered under ISIL’s barbaric behavior.

My heart goes out to the family and friends of Steven Sotloff–no one should ever have to lose a loved one in such a barbaric manner — Tim Scott (@SenatorTimScott) September 2, 2014

Our hearts and prayers go out to the family of American journalist Steven Sotloff and all that have suffered at the hands of #ISIS. — Johnny Isakson (@SenatorIsakson) September 2, 2014

Vicious radical Islamists seek to spill American blood. We must act swiftly to stop their rise to power and eradicate these extremists…